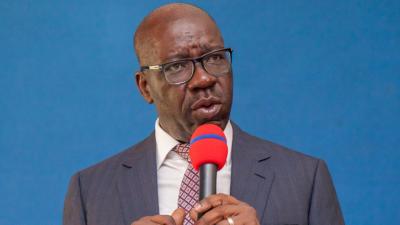 Edo State Governor, Godwin Obaseki, has advised the Federal Government to face reality and stop depending on crude oil, adding that that reliance on oil would not take the country far.

Obaseki, while speaking with pressmen on Monday, called for a quick diversification of the nation’s economy to increase non-oil revenue.

Obaseki disclosed that “Before the civil war, we had no crude oil. The regions relied on the resources that they had and the government was run based on taxation, which was derived from the regions and production, particularly agricultural production in the regions.

Noting the need for leaders to listen and work, always, in the interest of the people, Obaseki said, “When they say government, what they really mean is us; it’s about how we engage with the citizens.

“We, officials of government, civil servants and politicians, because we are government, think that we know better than the people. But it’s a fallacy, because it’s the taxes these people pay from their own economic activities that will sustain us going into the future.”

“It is their sweat that will pay our salaries; they cannot be foolish for them to be producing the resources that keep us. Therefore, our emphasis must be on them; we have to keep them alive.

“That is why the government must create an enabling environment for the citizens to thrive, so that from their wealth, the government can be sustained,” he added.