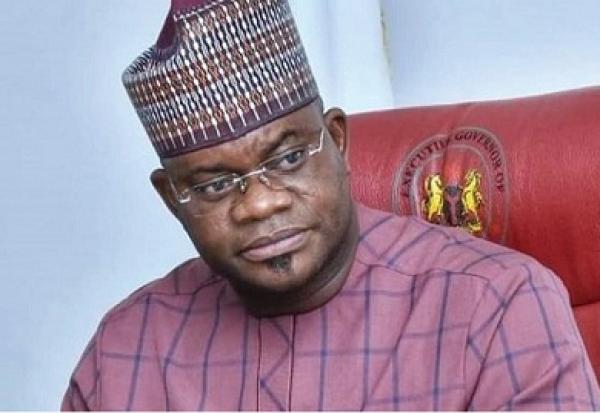 Ahead of the 2023 General Election, Kogi State Governor, Yahaya Bello has warned against Anti-Party activities by members of the ruling All Progressive Congress, (APC).

Bello gave the warning in Lokoja on Monday during a meeting with critical stakeholders from Kabba-Bunu/ Ijumu Federal Constituency.

The Governor warned that any antagonist who has benefited from the APC if caught for Anti-Party activities will be dealt with decisively.

While welcoming the stakeholder to the Kogi State Government House, Governor Bello said Kogi State remains an APC State and will deliver for his Presidential candidate come 2023.

Bello, who charged APC stakeholders to be courageous stressed that anybody that go against the party will be dealt with more than the opposition and also warned the Local Government Council Chairmen to avoid infractions in the Party at the Grassroots level, adding that his Administration has worked hard to bring a strong formidable APC to Kogi State.

“Let nobody come and take the position you are occupying. When we are building the party, many of them are not there. This is where you have worked, this is where you must make your benefit”.

He recalled that he championed an association, the ‘Kogi Arise group’ that gave President Buhari victory in 2015 and 2019.

Governor Bello, who claimed that his leadership has delivered all the various positions across the State, stressed that APC must unite to maintain the top position in Kogi State.

The Governor, who recalled contesting for the Presidential primary, stressed that though he didn’t win, he learnt a great lesson.

“The lesson I learnt from the APC presidential primary can’t be forgotten. Our leader and father is our candidate, Asiwaju Bola Ahmed Tinubu, we shall all work to deliver for him. I could remember he said emilokan. I Alhaji Yahaya Bello, one of the aspirants in the Presidential primary, believed awon lokan, (Tinubu).’’

The Governor assured that what was achieved in 2019 for President Buhari will be achieved twice for Senator Ahmed Bola Tinubu and Kashim Shettima.

“It is when we do this together, that it will now be gbogbo wa lokan. Don’t be deceived that Asiwaju will not win. I know of some PDP States that are ready to deliver for Asiwaju.’’