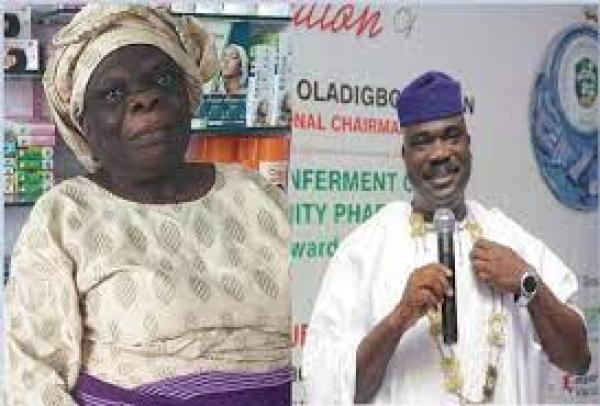 The immediate past National Chairman of the Association of Community Pharmacist of Nigeria (ACPN), Dr. Samuel Adekola, has announced the burial ceremony of his late mother which will start from 10th to 14th of May 2022 in Ondo State.

A release signed by Dr Adekola, which was made available to CEOAFRICA  reads;  ‘the Royal family has segmented the funeral program to commence with an Evangelical outreach, Free Medical outreach and Commendation Service from 10th to 12th of May at Supare, Akoko Motor Park inAkure.

You will recall that CEOAFRICA earlier reported the death of Mrs Victoria AjayiAdekola, who died in her sleep on 1st of March 2022 at her residence in Supare Akoko, Ondo State.

Late Mrs Victoria Ajayi Adekola was described as mother in a million, a true lover of Christ and a prayer warrior.

She was called to glory at age 78, survived by brothers, sisters, son, daughter-in-law and grandchildren.