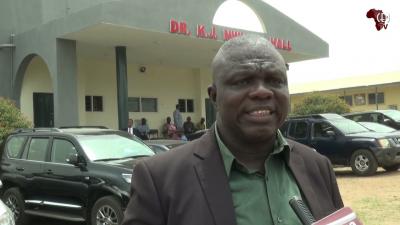 The provost gave the cash prizes during the Departmental Day of National Association of Science Technology Students’ (NASTES) Day, on behalf of a Non-Governmental Organisation, Abeje Oladoja Foundation, which is founded by the Head of Department, SLT, Dr. Omolara J. Ojezele, in memory of her late mother, Abeje Oladoja.

The provost speaking at the presentation of cash award urged the students to always go for excellence as the only way to secure their future.

Owosibo in a chat with CEOAFRICA said that he is proud of the performance of the students. He further stated that the department of Science Laboratory Technology (SLT) would soon commence Higher National Diploma (HND) programme, as the College awaits the approval of the National Board for Technical Education (NBTE).

The beneficiaries of the cash prizes from the National Diploma level one (ND1) are: Adekunle Oluwatobi Iyaniwura, Sulaima Ajidat, and Ajikobi Aishat.

In her lecture, the guest speaker of the day, Olubadewo Wuraola, advised the students to see SLT as a good profession, which should be embraced in a positive way, adding that competition is unnecessary in the field.

Wuraola made known that "I am never in competition with any Scientist because the line of the technologist and the academic line they are two parallel lines that can never meet. You have your peak, they have their peak. Your relevance as a technologist is in Agriculture."

The guest speaker added that SLT serves as a direction, a road map for both scientists and farmers.

“Your work in the laboratory as a technologist, serves as a road map to good Agricultural value chain in the country, helping the Scientist to know where to tread, the path to go, what to put in place, what to plant here, what to plant there and what to tell the farmers.”

Dr. Ojezele, in an exclusive interview with CEOAFRICA, disclosed that the departmental day was for the students to celebrate Science Laboratory Technology, exhibit some of the projects the department has been working, and launch the annual departmental magazine.

She added that the presentation of awards to the best performing students of NASTES was to create a reward system for students at large, and encourage them to put more efforts into their education.

The HOD stated that “We believe in reward system, that we should do whatever we can to encourage the students and motivate them to study more.

“The decadence in education is global; it is not just a national thing. Globally, many students are losing interest, Failure rate is getting high. Due to this, we decided to do this in order to encourage them to study harder. This is not their bus stop, they will continue in their academic pursuit, so we come about with this reward system.

“There is something about reward system, something that can boost the ego of the students. You have to make them have this impetus to pursue their academic career with all their vigour, because nothing is impossible until your heart stops beating.”

Ojezele further disclosed that she has bigger plans for the foundation, and assured that giving of cash prizes and certificates would continue.

“It is not going to end here, it is going to continue. We decide to do it every semester, starting from the first semester result. There will be scholarship. Right now we have scholarship on ground for an ND2 student for next session. From next session we will start having ND2 students fully sponsored.

“Every semester we will be doing this, so we can encourage someone who has not won the award this semester to buckle up, so that he/she can win the next semester. With this, we believe they will be encouraged to pursue their academic career harder and with more fervency.”

According to the HOD, the department is passionate about the academic and career progression of the students.

Alhaji Abass Adegbile Akano, the CEO of Gbadelab Labouratory Nig. Company Ltd. and  Patron of the National Association of Science Technology Students, during his chat with CEOAFRICA, regarded the departmental day as ‘a fantastic one’ and described Science Laboratory Technology (SLT) as a unique profession that is useful to every other profession.

He expressed that SLT is interlinked with Medicine, Agriculture, Engineering, and Pharmaceutical Industry.

Engr. Akano, who also launched the magazine, said that the magazine is a way of telling the world what SLT is capable of doing.

He urged the Federal Government to support the department, mentioning that country like China has its government pumping a lot of money into SLT, and that is why they are making progress and developing new things.

During the event, the College’s Registrar, Ven. Babatope David, presented a Public Address System, a project executed by the students, to the HOD on behalf of the students for use in the department. 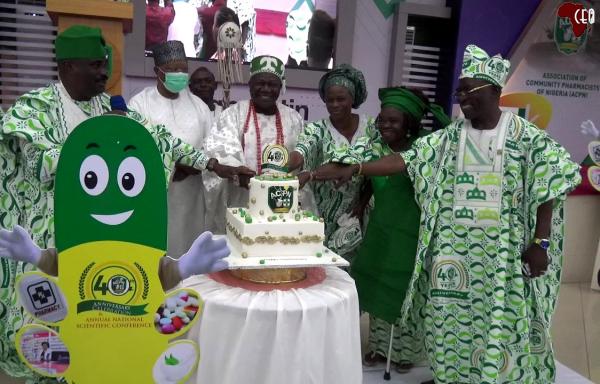