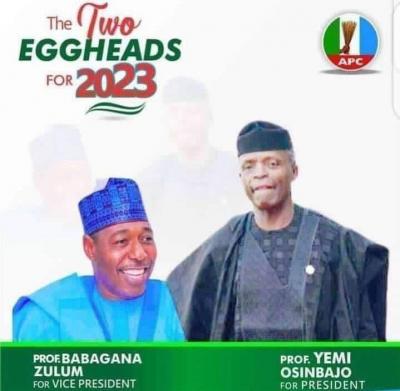 The posters of different presidential aspirants have flooded the internet.

CEOAFRICA on Friday gathered some of these posters campaigning for different aspirants under the two major parties in Nigeria- the ruling party All Progressives Congress (APC) and the opposition party Peoples Democratic Party (PDP).

There is also poster of Governor David Nweze Umahi of Ebonyi State and Governor Nasir Ahmad El-Rufai of Kaduna State as President and Vice President respectively.