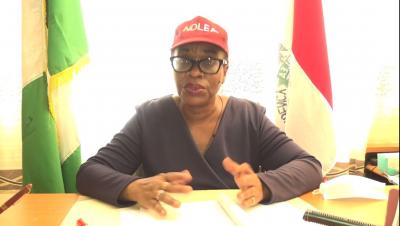 Oyo- Saturday 3, April 2021: In its efforts to ensure that Oyo state is drug-free, the State Commander of the Nigerian Drug Law Enforcement Agency (NDLEA), Barr Josephine Obi, has confirmed the arrest of 95 suspects and the seizure of 580.4024kg of Cannabis and other narcotics and psychotropic substances worth N12.4m.

The state agency Commander made this disclosure in a press statement listing the achievements of command between January and March 2021, which is signed by the Command Public Relations Officer (PRO), Okuwobi Mutiat, and made available to CEOAFRICA on Saturday.

According to the statement, the 95 suspects, comprising 88 males and 7 females, were arrested for dealing in Cannabis Sativa, tramadol, Diazepam, cocaine, codeine and Rohypnol.

Josephine added that “during the period under review, 19 defendants were convicted for various drug offences and the sum of eleven thousand and four hundred naira (N11, 400) was forfeited to the Federal Government.

“One locally made pistol with one cartridge was recovered and transferred to the Nigeria Police.”

It was also revealed that the command gave brief counselling intervention to 13 persons who use drugs while 5 clients are at present undergoing residential rehabilitation.

“The Command featured on four (4) television and four (4) radio programmes.

“We encourage those whose children and wards are involved in drug abuse not to give up on them. Treatment works.

“They should visit the NDLEA office where we can take them in or refer them to other centres in the State for treatment and rehabilitation,” the statement added.

The Oyo State NDLEA boss noted that reducing drugs trafficking and abuse will go a long way in reducing crimes and insecurity in the state.

Commandant Josephine therefore urged members of the public to give necessary supports to the agency by providing credible information about drug dealers in their environment.