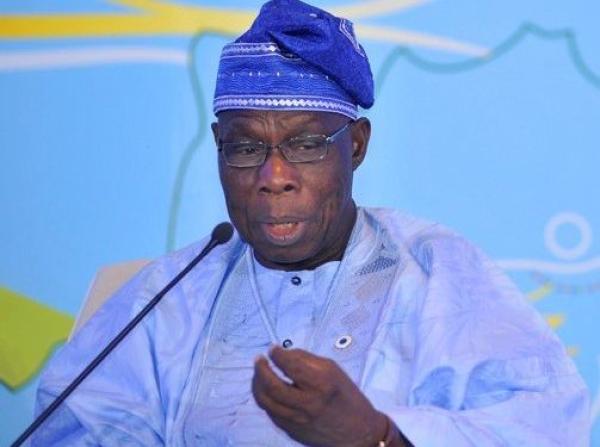 Ex-President, Chief Olusegun Obasanjo has revealed that with the growing population of Nigeria, the oil and gas sector can no longer feed the nation.
Obasanjo made the disclosure when the leadership of the apex socio-cultural group in Tivland of Benue State, Mzough U Tiv, MUT, paid him an ‘appreciation and friendship’ visit at his Olusegun Obasanjo Presidential Library, OOPL, Penthouse residence in Abeokuta, Ogun State.
In a statement by his Special Assistant on Media, Kehinde Akinyemi, the former President urged Nigerians to see the country as for all, “to save and restore her to what God has created her to be.”
Obasanjo, who was responding to the President-General of the group, Iorbee Ihagh, a retired Police commissioner, said: “Only farming and agric business could tackle the nation’s growing population. Farming and agric business is what will feed the nation.
“If Nigeria is ready to get it right, the 2023 election should be a turning point. We should not go for emotion that will destroy us.”
Ihagh earlier in his speech stated that the reason for the group’s friendship visit “is basically to interface with you as our former Head of State, a political Pillar, a nationalist and elder statesman to appreciate your overwhelming love, passion and concern you have demonstrated over the Tiv people.”