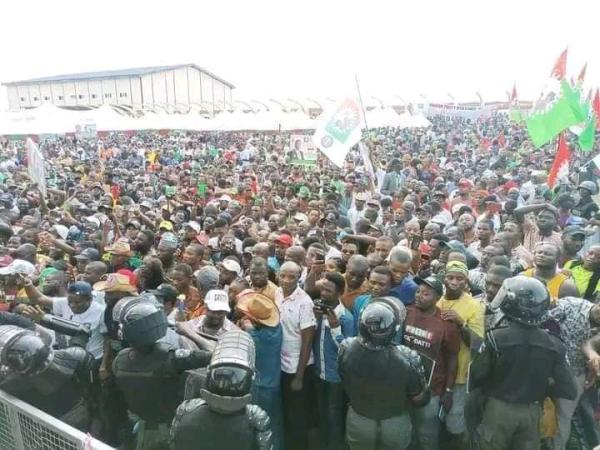 Thousand of supporters of the Labour Party presidential candidate, Peter Obi, on Wednesday, thronged to the campaign rally held in Ibadan, the Oyo State capital.
Obi, who was introduced by the Director-General of the campaign, Dr Doyin Okupe, started his speech by paying glowing tributes to late Chief Obafemi Awolowo and Ladoke Akintola. He also paid tributes to the current leaders of the Yorubas, especially Pa Ayo Adebanjo, who was there physically and the Afenifere. 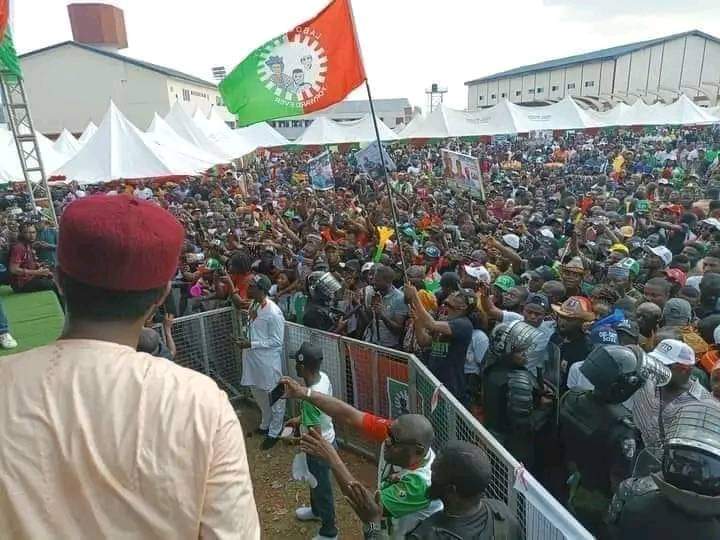 Obi said that by standing on the side of equity and justice, that Afenifere had stood out as one of the custodians of the conscience of the nation. He said that justice, equity and fairness remained the only durable foundation for the future of a prosperous Nigeria.
Dwelling at length on the trajectory of his government, Obi said that their first priority would be to secure and unite Nigeria and Nigerians, move the Country from consumption to production. He also talked about bringing back the greatness of Nigerian cities by building on their strength, thus restoring Lagos as the financial capital of Africa; Ibadan as a strong industrial and educational base; the vast North as the food basket of the Country.
Obi decried the use of tribe, religion and ethnicity as an instrument of division and vowed that Datti and himself would ignore those distractions and use their experiences as wealth creators to expand the National cake for everybody to equitably enjoy. 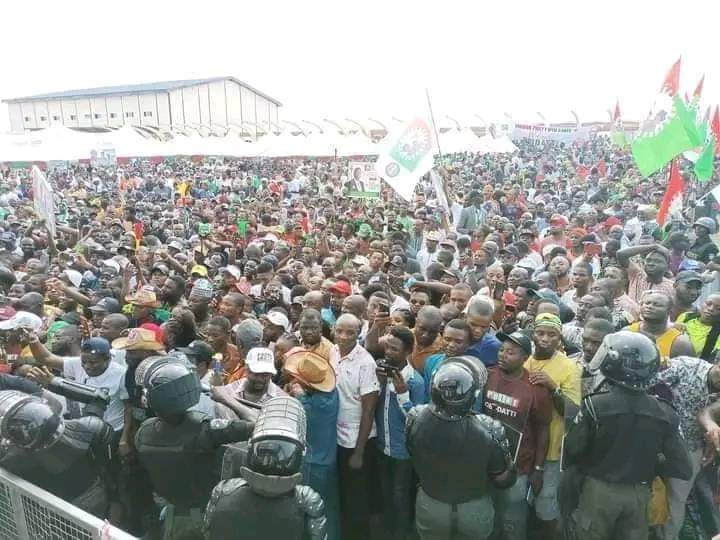 Earlier in his speech, Pa Ayo Adebanjo, whose over 90 years made him an unlikely participant at the political rally, said he was determined to attend in his desire to see the birth of equitable, strong and fair Nigeria, which Obi/Datti’s candidature represented.
While Aisha Yesuf who was present, described what is happening as the promise of a great future, said it was about time all those that were manifestly part of the old order cleared from the road to renewal, which Obi’s quest represented.
Recall that CEOAFRICA earlier reported that the  former Anambra Governor had  in a tweet on his Twitter handle, boasted that the Oyo rally would be the mother of all other campaign rallies.
Obi claimed that the rally would serve as an eye-opener to those who are sceptical about the chances of the Labour Party winning the 2023 presidential poll.
He wrote, “Today, the OBIdient train has rolled into Oyo. It will be the Mother of all rallies. My team and I are looking forward to a huge rally; the non believers will come to believe. We are taking back Naija”.
CEOAFRICA  reports that the campaign venue was filled with Obi’s supporters, who are popularly called Obidients.
Still and motion pictures which captured mammoth crowd at the event, have been trending on all social media platforms.