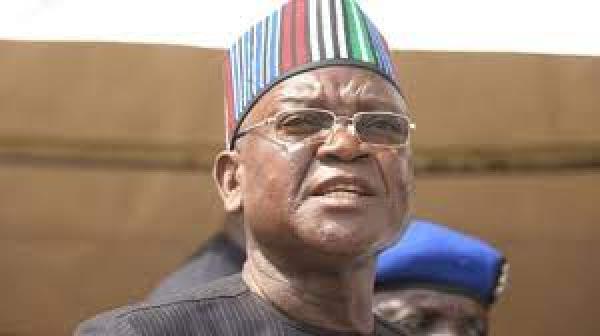 The Benue State Governor, Samuel Ortom, on Saturday, has said it is right for the successor of President Muhammadu Buhari to come from the South in 2023.
Ortom disclosed this during the inauguration of the Rivers State Peoples Democratic Party (PDP) campaign held at Adokiye Amiesimaka Stadium, in Port Harcourt.
He noted that he was the first governor from the North to back Southern presidency.
He said; “Nigerians, for the sake of equity, fairness and justice, expect that after eight years of President Buhari, the next President should go to the south irrespective of political affiliation and that is the right thing to do. We are Nigerians and we must ensure that all of us work together.”
Ortom said Governor Nyesom Wike of Rivers State is the right candidate to succeed Buhari but “enemies of progress” ensured he didn’t win the party’s presidential primary in May.
“Your son from Rivers State contested and it was said that he lost but someone of us believed that he was the right person to unite, bring us together and ensure justice, fairness and equity for Nigerians.”
“I want Rivers State people to work with our governor, Governor Nyesom Wike, and at the end of the day, just like the G5, we will decide what we are going to do because Nigeria today is in turmoil and it is only when we do the best that can help us out of our challenges – security, economy, social life – and help us retain our image.”
The rally was attended by Ortom and other members of the PDP G5 – Governor Nyesom Wike (Rivers), Seyi Makinde (Oyo), Okezie Ikpeazu (Abia), and Ifeanyi Ugwuanyi (Enugu).
It was reported that both Ayu and Atiku were absent at the campaign inauguration in Rivers.