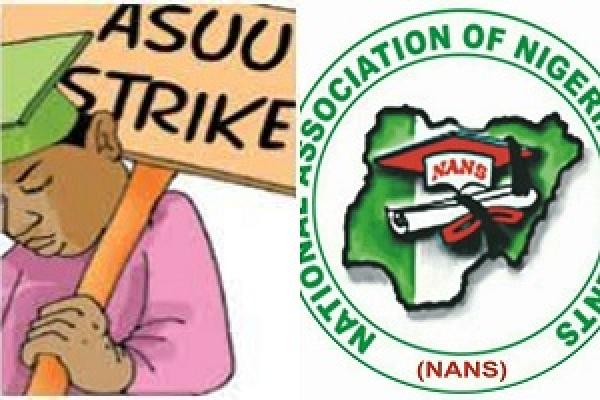 The National Industrial Court sitting in Abuja on Tuesday, has struck out the suit filed by a factional President of the National Association of Nigerian Students (NANS), Umar Lawal seeking for the court’s order to mandate the Academic Staff Union of Universities (ASUU) to call of its ongoing strike
Lawal, who told the Court that he filed the suit marked NICN/ABJ/273/2022 on behalf of himself and NANS, withdrew the suit when the matter came up in Court on Tuesday
The factional President explained to the Court presided over by Justice Polycarp Hamman, that he had filed a motion of discontinuance on the account of the challenge by the student body which contested his standing and denied that he is the President of NANS as he had deposed to.
Also joined in the suit with ASUU as first Respondent were the Minister of Education, Adamu Adamu and the Attorney-General of the Federation, Abubakar Malami, who were listed as second and third Respondents, respectively.
Counsel for ASUU, Marshal Abubakar told the court that he was not opposing the application to withdraw the suit.
The presiding Judge, Justice Hamman therefore cancelled further proceedings in the matter.