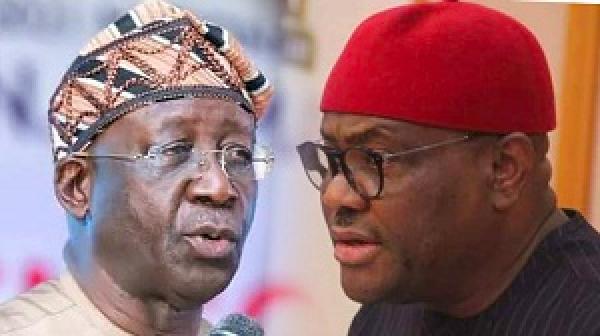 Nyesom Wike, the Rivers State Governor, has disclosed that National Chairman of the Peoples Democratic Party (PDP), Iyorchia Ayo wants to be the Secretary to Government of the Federation should the party win the 2023 Presidential Election.
The Governor made the revelation during a Media parly held in Port Harcourt, on Friday.
He said; “Some people have been given positions as we speak. Ayu wants to become the SFG. These are things happening in the party that we can’t say in public.’’
Wike said ‘’no one is above the party, those who left the party during the height of its crisis in 2014/2015 cannot suspend me.’’
The Governor noted that the crisis in the party is more than what is being reported in the Media and for the sake of peace, he won’t divulge critical information to the public.
Wike reiterate that he will not defect from the party and will ensure that Justice prevail and the Chairmanship position is zoned to the South.
Details later…