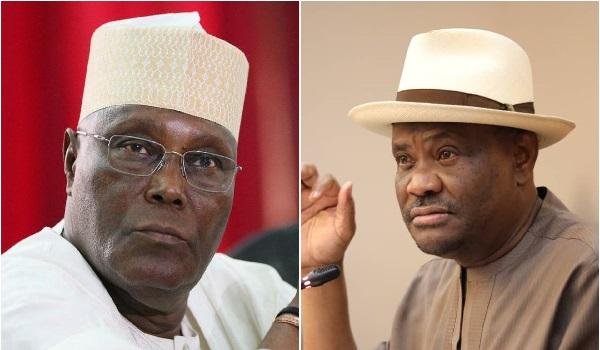 To check the contacts being established by the presidential candidate, the governor has tightened his grip on the Rivers chapter.

Also, Wike has not extended invitation to PDP national leaders for the commissioning of projects across the state this week, despite inviting All Progressives Congress (APC) leaders for the ceremonies.

While Lagos State Governor Babajide Sanwo-Olu was invited to inaugurate the Orochiri-Worukwo flyover, a former Governor of Sokoto State, Senator Aliyu Wamakko, is expected in the state tomorrow for the inauguration of the Ogbum-Nu-Abali Eastern Bypass dualised road.

Other invitees are the Speaker of the House of Representatives, Femi Gbajabiamila, who will inaugurate the House of Assembly quarters on Friday and Olusegun Mimiko, a former Governor of Ondo State, who will commission the dualised Azikiwe Illoabuchi Road.

The discussion focused on 2023 and the need for political leaders in the South to unite despite their party affiliations and ensure power shift to the South, it was learnt.

Party sources said the visits to Wike by APC governors have unsettled the PDP national leadership.

Efforts to get Atiku’s reaction were futile. A text message to his media aide, Paul Ibe, was not replied.

However, the Board of Trustees (BoT) Chairman, Senator Walid Jibril, said efforts were being made to resolve the Atiku/Wike rift.

There were indications that the bad blood created by the PDP national leadership and Atiku during the process that led to the emergence of Atiku’s running mate, Delta State Governor Ifeanyi Okowa, was far from over.

Sources said Atiku’s utterances and body language that he could win the next election without Wike and Rivers are infuriating to the governor’s camp.

According to sources, there were signs that Atiku was making efforts to divide the Rivers PDP by bypassing Wike to establish contacts with other party leaders in the state.

It was alleged that the flagbearer has been secretly meeting some Rivers PDP leaders, including former Senator Lee Meeba, former House of Representatives Deputy Speaker Austin Opara and former Governor Celestine Omehia.

It was further gathered that the recent dissolution of the Governing Council, Captain Elechi Amadi Polytechnic and the removal of Lee Meeba as its Chairman was part of the fallout of the alleged meeting with Atiku.

The dissolution was contained in a statement by the Commissioner for Education, Prince Chinedu Mmom.

The statement asked members of the council to hand over all properties of the school in their possession to the school management.

Wike has accused some leaders and elders of the party of holding secret meetings with Atiku during a parley that was deadlocked.

The governor, it was gathered, also took some drastic steps to reorganise the leadership of the PDP in local government areas where their former leaders showed signs of disloyalty.

One of the leaders of PDP, who spoke in confidence, warned that it would be suicidal for anybody to think he could get the support of Rivers people, especially PDP members, without Wike.

He said: “These issues are still speculative. There hasn’t been any official statement to confirm them. But anybody who thinks he can bypass the governor to get the support of Rivers people should simply think again. It is politically suicidal to think so.

“I think that PDP leaders in Rivers should come together and hold a meeting. Governor Wike has surpassed the promises he made to Rivers people and the people love him. He also has total control of the PDP. Therefore, it will not be possible to bypass him.”

A PDP stalwart, Ogbonna Nwuke, however, said people should not read political meaning into the governor’s project commissioning and inauguration.

Nwuke said it was not the first time the governor would invite APC leaders to commission his projects, recalling that Wike once invited former Governor Rochas Okorocha of Imo State for a similar purpose.

On the recent comment of Atiku that the PDP could win the forthcoming election without the governor, Nwuke reminded Atiku that “pride comes before a fall”

“At this point, we are not talking about whether or not he will win an election with or without anyone.

“What we are thinking about is the unity of the PDP that he belongs to. If what happened was wrong, he had the responsibility to correct them. Pride goes before a fall.

“We wish him luck. We cannot reply a man, who has suddenly become drunken by some arrogance.”

Jibrin: end to rift in sight

PDP stakeholders have recorded significant progress in resolving the rift.

The BoT chairman, in a telephone chat with our correspondent, said parties to the dispute have resolved to allow peace to reign.

Jibrin said: “We are on top of the situation and we have recorded significant progress. All parties have realised the need to put their differences aside in the overall interest of our great party.

“I can assure you that we are moving very fast and things are falling in place but I don’t want to say much for now.

“We will not be discussing details of our efforts in the media for now. We will get you informed at the appropriate time.”

Photos of the visit showing Atiku in a lineup with Wike and allies on both sides were released to the media, although discussions at the meeting were not made public.

However, a source who was privy to discussions at the meeting gave a detailed account of what transpired.

According to the source, who spoke under a condition of anonymity, after a general interface among Atiku, Wike and allies on both sides, the two gladiators had retreated into an inner living room for a private discussion that lasted about 15 minutes.

The two politicians were said to have emerged from their brief meeting wearing convivial smiles.

The entire gathering then proceeded outside the main entrance of the building where they took group photographs, which were later released to the media.

Meeting over, Atiku and his team took their leave with Wike and his men seeing them off to their waiting cars.

Back in the main living room, Wike was said to have done a debrief of the 15-minute private chat with Atiku.

The source said: “Wike narrated how Atiku told him that he had discussed with Governors Udom Emmanuel of Akwa Ibom State and Delta’s Okowa to make them realise that he was not disposed to picking either of them, but that they would be accommodated in the scheme of things.

“The Rivers Governor went ahead to say that Atiku had, during their private discussion, offered him the vice presidential ticket, but that he told the PDP flag bearer that he needed time to consult with his team.”

This claim was confirmed by another PDP source close to the Benue State Governor, Samuel Ortom.

The source, who is one of the aides of the Benue governor, said Wike had called his principal, shortly after the meeting with Atiku and had informed Ortom that Atiku had offered him the vice presidential ticket.

“I was with my principal when Governor Wike called to break the news.

“My principal had asked him what his response was, to which he responded that he asked Atiku to give him some time to consult.

“There and then, my principal encouraged him to accept the offer”, the governor’s aide said.

About two weeks after, Wike, in company with three other PDP governors, was said to have visited Atiku at his Abuja residence to update him on development since their last meeting.

“At that meeting in Atiku’s house, Wike told the former vice president that he had made the necessary consultations and was ready to accept his offer”.

However, Atiku changed his plans at the last minute by picking Okowa instead.

A party source said some conservative Northern elements in the party had prevailed on Atiku to drop Wike for Okowa.

The source, who spoke under a condition of anonymity, said it was the same conservative Northern elements who prevailed on the Sokoto State Governor, Aminu Tambuwal, to step down for Atiku during the PDP presidential primaries.

Accordingly to the party source, an influential retired Army General from one of the states in the Northwest and a former governor from another state in the same zone were the arrowheads of the anti-Wike group. 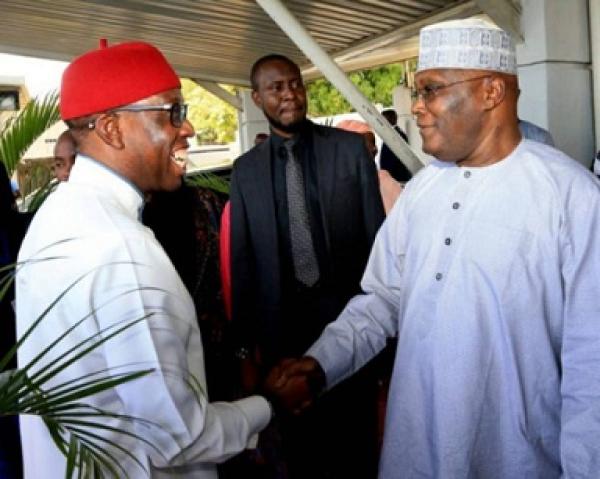