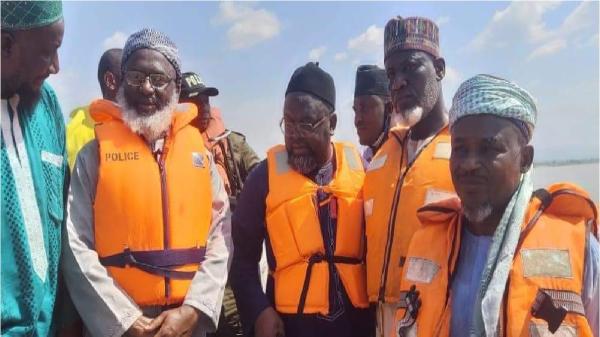 Friday 26th November 2021: Controversial Islamic Cleric, Sheikh Ahmad Gumi has continued to generate debates following controversy over the establishment of a special school in Kaduna forests, the retired army officer went a step further by stirring another round of storm with the mobilisation of top Islamic elite to a forest in Kogi State with a declaration to provide medical care to herdsmen there.
This time unlike the opening of a special school for bandits in Kaduna, which he went with a handful of adherents, Gumi made a huge display of top Northern Islamic faithful who are on the train to the Kogi forest. 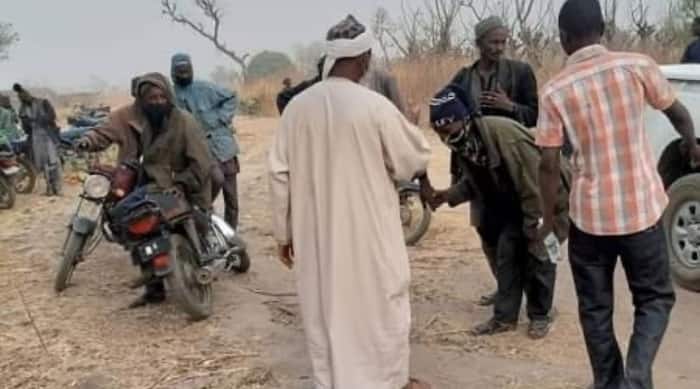 Sheikh Gumi took the team to the forests in Kogi State where they offered medical services to Fulani herdsmen and their families. Gumi is one of the strong advocates of a non-kinetic approach to ending the raging banditry and terrorism challenge facing Nigeria and has called for a ‘positive engagement’ with the bandits who, many believe, are mostly herdsmen.
Continuing his approach to ending the crisis of insecurity in Nigeria, amidst the active killing, maiming, destroying and collecting ransom from their kidnap victims by the Fulani herdsmen, the Islamic cleric argues that the herdsmen called ‘bandits’ are not malevolent elements but ‘victims of neglect over the years’, who need basic amenities and opportunities to turn a new leaf. Gumi has defended his strange position, which however, still remained neither unopposed nor rejected by the government at all levels where he has taken his interventions to.

Gumi also hasn’t  divulged any details as to how he got approvals for the school for bandits and the medical outreach for the bandits. No state government has also commented or joined issues with the cleric. The prolonged silence on the part of governments of the different states where the cleric has established his presence has, however, emboldened him to carry on with more and more programmes for his supporters and beneficiaries.
He sent a statement to Arewa Voice explaining what the medical outreach was meant to accomplish and boasted of a rich calibre of top Nigerians backing him.
The statement, which was signed by his media aide, Malam Tukur Mamu, read in part: “Barely one week after commissioning a school for Fulani herders and other settlers in the strategic Kagarko Games Reserve, Kaduna (which used to be a centre for organising operations by bandits), renowned Islamic scholar, Sheikh Dr. Ahmad Abubakar Mahmud Gumi has yet again led a team of Islamic preachers and medical team to another strategic Fulani settlement called Rugan Ardo Zubairu Okebukun in Ayangban Grazing Reserve, in Yagba Local Government Area of Kogi State.
“The Sheikh, who went with journalists to see things for themselves, left Kaduna on Monday with an entourage of more than 40 people and a fully-equipped medical van for the purpose of providing medical support to Fulani victims of violence that were forced to relocate from South the East due to consistent attacks on them by IPOB members.
“Gumi’s choice of Kogi this time around to offer medical support to mainly Fulani that are victims of violence is largely due to the alarming number of such victims that were forced to relocate from the South East and South West to Kogi State and to appreciate the Kogi State Government for welcoming them to the state and for allowing them to freely decide where to settle down in parts of the state.
“Some of the members on the entourage of the Saudi-trained scholar in Islamic jurisprudence include Malam Tukur Mamu (Dan Iyan Fika), the publisher of Desert Herald Newspaper, former Executive Secretary of NHIS, Prof. Usman Yusuf, who is leading the highly organised medical team, Col. Sambo Diri (retd), Sheikh Sanusi Khutama, Malam Nasiru Ayuba, Sheikh Nuhu Al Hafiz, Malam Auwal Jika Mai Waina, Sheikh Isah Abdullahi Adarkake, Malam Sanusi Malumfashi.”
Ardo Zubairu,  head of the reserve, thanked Gumi and his team and urged him to help build some schools in the area as the settlement does not have one.
Speaking, Mamu Tukur(Dan Iya of Fika), defended the action of Gumi and asked for more help to be rendered to the herdsmen so that the aggrieved among them could abandon criminality and embrace peace.
Also speaking, Prof. Yusuf Usman said they embarked on the mission to sensitise the Fulanis on the merit of acquiring Western education and to make sure that Fulani eschew violence and other acts of banditry. Usman said while he will not abandon the herdsmen no matter what but at the same time he will continue to admonish and advise the herdsmen anytime they go wrong. “
In his speech during the official launching of the medical outreach initiative, Sheikh Gumi commended the Kogi State Governor, Yahaya Bello, for allowing the displaced Fulani herdsmen to resettle in the state without molestation. 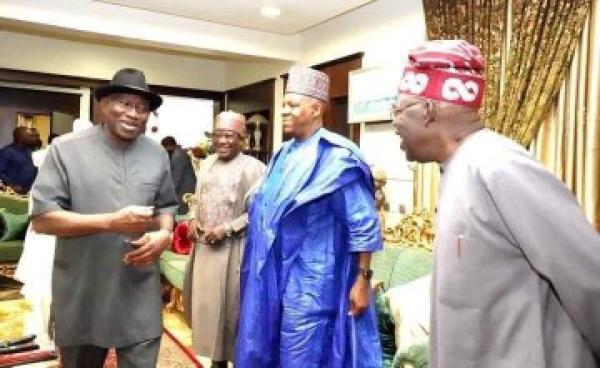