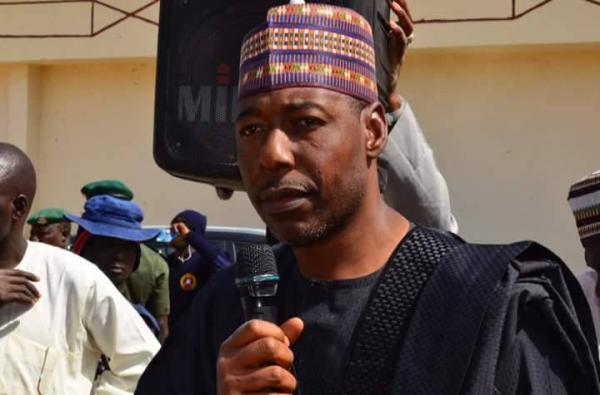 Governor Babagana Zulum of Borno State has reechoed calls for power to shift to the southern part of the country, backing the Southern Governors’ Forum’s resolution on the zoning of the presidential seat in 2023.

CEOAFRICA reports that the southern governors had during a meeting in Lagos on Monday agreed that the region should produce Nigeria’s next president based on the principles of equity, and fairness, an assertion Zulum also corroborated.

CEOAFRICA recalls that the Borno governor had earlier stated support for power rotation to the South. Restating this on Wednesday on a monitored Channels Television programme, Zulum said: “I have said it times without number that I, Professor Babagana Zulum, I am of the view that the presidency should go to the south in the year 2023 because the unity of our country is very important.”

“Secondly, inclusivity is very important. Thirdly, I am in the APC. Six or seven years ago, APC had zoned the presidency to northern Nigeria based on the agreement that in the year 2023, the presidency should go to the south.”

The governor admitted that the southern leaders have the right to call for power shift to the region but faulted those insisting that the zone must produce the next Nigerian leader.

“But again, this is politics. We are supposed to meet and discuss this issue among ourselves, among the political class,” he explained, as he called for caution so as not to overheat the polity in the lead-up to the 2023 polls.

“This statement that people are saying that the president must go to the south, I want them to remove the word ‘must.’”

He also refuted speculations that his stance on zoning was due to his political interests.

“And I have said it before, I am not interested in becoming the vice president of the country, neither the president of the nation but I want to say the right thing,” Zulum added, doubling down on his earlier stance.