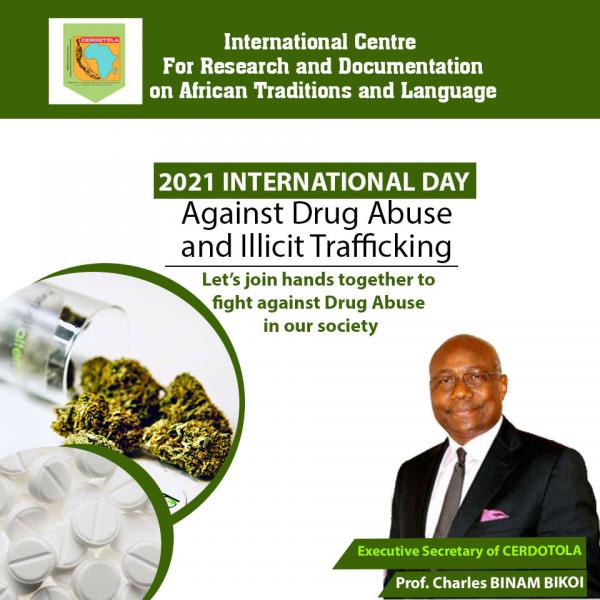 Saturday, 26th June 2021: Prof Charles Binam-Bikoi, the Executive Secretary of the International Centre for Research and Documentation on African Languages and Traditions (CERDOTOLA), has said that governments of nations in the African continent need to do everything within their capabilities to ensure the fight drug abuse and illicit trafficking in order to boost security of lives and properties in the continent.

Speaking in an exclusive interview to mark the 2021 International Day against Drug Abuse and Illicit Trafficking, Prof Binam-Bikoi said the twin problem constitute more than 70% of bad influence on those that are causing insecurity in the African continent.

According to him, “Governments of nations in Africa would do well by tackling drug abuse and illicit trafficking of persons to fight insecurity that are the bane of development in Africa.

“They can do this by empowering governmental agencies already set up for the purpose of fighting drug abuse among the citizens as well as illicit trafficking. And any country that is yet to set p one should do so without fail as this would assist in tackling the problem of insecurity in the African Continent.”

He said been the chief executive officer of an International Centre for Research and Documentation on African Languages and Traditions, it is important to state unequivocal that drug addiction and abuse is not an African tradition, hence African citizens should be discouraged from partaking in drug abuse.

CERDOTOLA Executive Secretary added that his organization would continue to partner agencies creating awareness about issues related to drugs and seek international cooperation to combat its effects on health, society, and governance so as to achieve the aims of the United Nations body that came up with the idea of marking the day - International Day against Drug Abuse and Illicit Trafficking.

He said, “This year, the theme is ‘Share Facts On Drugs, Save Lives’ is essential to us in Africa because we already have so many disease and ills in our society that takes lives abruptly unlike the developed world.”

The erudite Professor advised said all the nations in Africa to embark on programmes to combat misinformation by sharing real facts on drugs — from health risks and solutions for the world drug problem to evidence-based prevention, treatment, and care.

He commended the United Nations Office on Drugs Control, (UNODC) that came up with the designation of the day for a job well done.

“As per UNODC, one should ‘Know the facts’, and ‘only share information from verified sources, like UNODC’.

“UNODC prepares the World Drug Report which contains factual data and statistics to address the current drug problem,” he explained.

The day, June 26 was chosen by the UN General Assembly, on December 7, 1987, as International Day against Drug Abuse and Illicit Trafficking by its resolution 42/112. The assembly made the decision to observe this day as an expression of its resolution to make international society free of drug abuse. 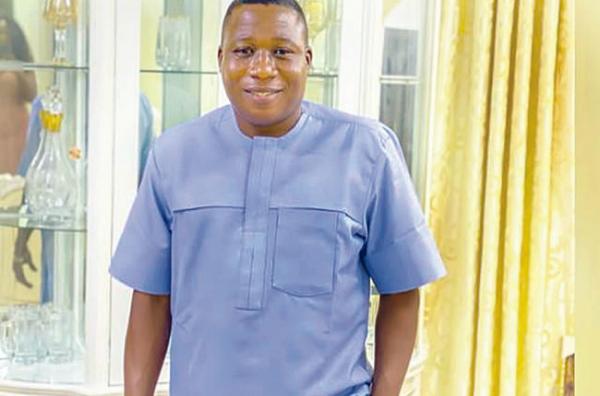 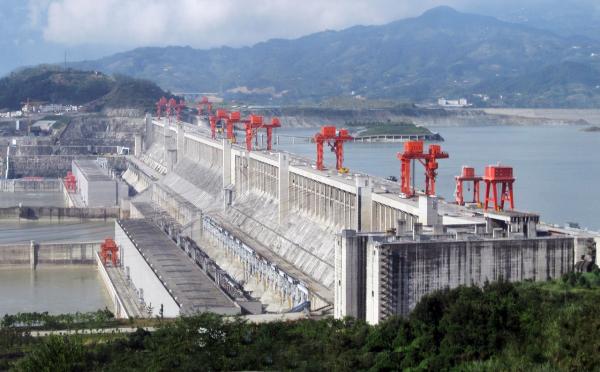 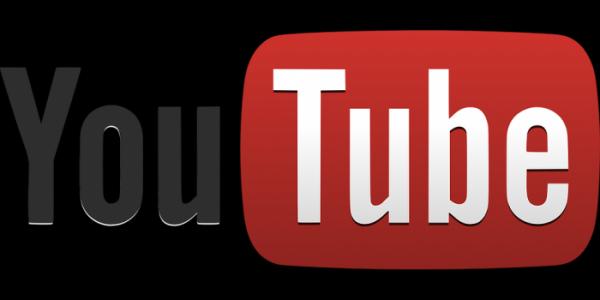 Thu, 16 Sep 2021
YouTube to give $1K each to Nigerian, South African creators