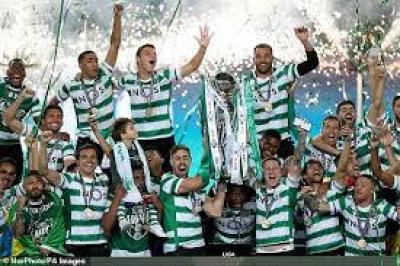 Tuesday, 18 May 2021: For most of its existence, we have considered the Portuguese Primera Liga as a three-team league, led by Portugal’s Los Os Tres Grandes (Big Three): Porto, Benfica and Sporting Club De Portugal (CP). Yet for the best part of two decades the former two have dominated. That run is over, with Sporting CP winning their first title in 19 years.

CEOAFRICA looks at how they achieve this feat, who the heroes were, and what the future holds.

“I can’t describe the feeling…I can’t even remember how it was last time. I have no words to describe it.”

Those were the words of one of the countless fans of Sporting CP, who took to the streets in Lisbon after they watched their team secure the Portuguese title with a 1-0 win against Boavista recently.

If you haven’t been paying attention to what has been going on in Portuguese football, you may not see the relevance of that. After all, Sporting are one of Os Trés Grandes, Portugal’s Big Three, alongside Lisbon rivals Benfica and Porto.

Since the Primera Liga was officially created in 1934 only twice has a team won the league who was not one of those three, Belenenses in 1946 and Boavista in 2001. That is the level of dominance we’re talking about.

But for the past 19 years that dominance has been even more concentrated. Benfica and Porto have shared the titles between them. The last time Sporting won the league was 2002, even Arsenal had won the league more recently than that.

All that has changed now with Sporting’s 1-0 victory against Boavista recently. They are champions once more. Six times they finished second after 2002, now they are kings of Portugal once more.
Tom Kundert, the creator of portugoal.net– a website covering all things Portuguese football believes there are two key factors.

"Sporting have traditionally been a club that has relied on its academy to provide high-quality players for the first team. That aspect had been lost in recent years, with the club preferring to build a team by signing players, and mostly foreign footballers.

"The new coach Rúben Amorim has insisted the club will use its academy products and that has proved vital.

"Also, although several signings continue to be made (around 10 new players were signed in the last two windows), they have generally been players who are Portuguese or who have played in the Portuguese league for a considerable time."

Another Portugese football pundit, Aaron Barton says that Sporting would see this period has one plagued by bad luck rather than taking a step back compared to their rivals.

“For Sporting this last 19 years in their eyes has been a blip more than anything else, they’ve came close on numerous occasions but in the end it was starting to look like they were cursed, this changes all that.

“We will see how it plays out over the next few years; Porto and Benfica are usually able to flex greater financial muscle than Sporting but with the finances in Portugal these days, who knows what the future will bring.”

Jamie Farr a football analyst with Football Radar believes Sporting’s upward movement when their rivals stood still has been a big factor.

“The fresh impetus of ideas and direction at the club, as opposed to Porto and Benfica's formulas staying somewhat the same perhaps has proved a pivotal aspect of this year's title race.”

There are other mitigating factors as well. As Barton points out Porto’s Champions League run left them drained in the league whilst a catastrophic couple of matches in November (losing 3-0 at Boavista and 3-2 at home against Braga) left them trying to play catch up, those are the margins involved in Portugal.

One of the other key things that both were keen to stress has been Sporting’s faith in their academy; something that Porto and Benfica have perhaps strayed away from in the past couple of years.

Critics universally agree that Ruben Amorim, the team manager is the primary reason for Sporting’s success. He is seen as the man with the Midas touch. Remarkably, this is Amorim’s first season at Sporting and just his third full season as a manager after brief spells with Casa Pia and Braga.

His time at Braga, where they beat out Sporting for third place, was what persuaded them to hire him and Sporting had to shell out a lot of money to bring him in. The fee was €10 million, one of the highest figures ever paid for a manager.

It certainly looks like a good investment, and Sporting have the sale of Bruno Fernandes to Manchester United in part to thank for the funds, as Amorim transforms Sporting into champions.

“Rúben Amorim. What a manager,” says Barton. “You could see his quality in his short time at Braga but at Sporting he’s levelled up.
“His trust in youth brought about an air of positivity, he mixed the youthful exuberance of Pedro Porro, Pote and Nuno Mendes with an experienced spine of Palhinha and Coates and it just clicked for Sporting.”

We’re still only a few years removed from Amorim ending his playing days, which he did at the age of 32. The bulk of his career was spent with Belenenses and Benfica but it was Sporting who swooped for his services.

There was a wonderful juxtaposition during the clash with Boavista as Amorim was congratulated by Boavista manager, Jesualdo Ferreira. Amorim’s rival Ferreira is one of the most experienced managers in Europe, let alone Portugal. His first managerial job was in 1981, when Amorim wasn’t born, and at 74 he is more than twice the age of his young counterpart.

“I think considerable praise has to go down to the manager Ruben Amorim,” says Farr.

“And indeed the board for paying the considerable fee it required to get him from Braga last season.

“The coach seems to have a special touch in his young managerial career and he has made Sporting very hard to beat as well as effective going forward.

“One of his key masterstrokes has been doing something that Sporting should have been doing for many years, which is giving more chances to their academy players.

“Too often excellent young talent has been ignored but Amorim has set about changing that, regularly playing the likes of Nuno Mendes, Goncalo Inacio and Daniel Braganca, each of which has excelled.”

In many regards it’s quite surprising that there have been no links between Amorim and a club in England or another top league. He is still very early into his managerial career, so perhaps clubs are just waiting to see what happens over the next couple of years. If he keeps this up though, expect to see him in England or perhaps Spain very soon.

Plenty of Sporting’s key players this season have been above 30 or close to. Sebastian Coates has been immense, as have his central defensive partners, Zouhair Feddal and Luis Neto. Behind them Antonio Adan has been a rock between the sticks.

They also parade a lot of  wonder kids in their first team line-up. They are, after all, the only team to have produced two Ballon d’Or winners− Luís Figo and Cristiano Ronaldo.

The jewel in the crown is undoubtedly Nuno Mendes, the 18-year-old left-back who wasn’t even born the last time Sporting won the league. The latest news is that newly crowned Premier League champions Manchester City want him, which could move Mendes’ compatriot Joao Cancelo back over to right-back, and they might offer on-loan Spaniard Pedro Porro as part of the deal.

“I fully expect Nuno Mendes to be off this season and if not now then next, he is tenacious, technically good, composed and he’s got the makings of a player who can go as far as he wants.” Barton says.

"And at just 18 he shows incredible tactical maturity and calm, including when making his full Portugal debut. He played very well in the 3 matches in the recent international break. I have no doubt he is set for the top" Adds Kundert.

Other academy graduates include promising midfielder Daniel Braganca as well as highly regarded central defender Eduardo Quaresma (no relation to Ricardo but he is related to Zico) whilst Joao Mario is back where it all started on-loan from Inter Milan. There’s also forward Tiago Tomas, an 18-year-old striker being linked to Arsenal.

But as mentioned earlier Sporting have also been willing to buy young players from other clubs, Nuno Santos has been sensational this season while the man who scored the goal that won the title, Paulinho, only arrived from Amorim’s old club Braga in January.
The best example might be attacking midfielder Pedro Goncalves, commonly known as Pote. The 22-year-old spent time with Valencia and Wolverhampton Wanderers before Familcao took a chance on him. After a stellar season Sporting took a chance and he has rewarded their faith. Both Farr and Barton rave about him, but they expect him to maybe stay for one more year.

“Goncalves' development is perhaps a little more surprising,” says Farr. “And it will be interesting to see if he can maintain the superb standard he set this season in the following years.

“I feel Sporting will have a decent chance of keeping hold of him, especially with Champions League football next year. I have a feeling the bigger clubs may want to see another similar performance over a campaign for him, which he looks more than capable of doing.” H added.

Barton says “Pote is a top talent, he can get involved in several areas on the pitch whether it be centrally or out wide, likes to get on the ball and attack. I can see him staying at Sporting next season and giving it a crack in the Champions League and then we will see what happens after that.”

As both are keen to point, Sporting has both players tied down on long-term contracts. That means that if they are sold Sporting will get a big fee, something that will be crucial in their future. The knock-on effect of selling Bruno Fernandes was Amorim, and plenty of some of the players in the title-winning squad.

Now, what’s next for Sporting CP?

A club like Sporting will always have to sell, but a title success gives them relevance. The challenge now is to maintain that whilst also emulating Porto in making some noise in Europe. A European cup triumph should be their next aim.

When Kundert is asked whether this is sustainable his reply is "that's the big question. My first impression is yes, given that this season's success was built to a large extent on young players”
Sporting can somehow entice one of their Ballon d’Or winners, Cristiano Ronaldo, home with their recent accomplishment.

Dolores Aveiro, Ronaldo’s mother and an avid Sporting fan, made clear during the title celebrations that she would try to bring the Juventus forward back to the club.

"I'll talk to him (Cristiano) to bring him back," Aveiro said from her balcony as she spoke to Sporting fans that had taken to the streets to celebrate.

"Next year he will play in Alvalade (Sporting's stadium)."

If they can achieve that, everything changes and you can be sure there will be no resting on laurels. This is a new Sporting. 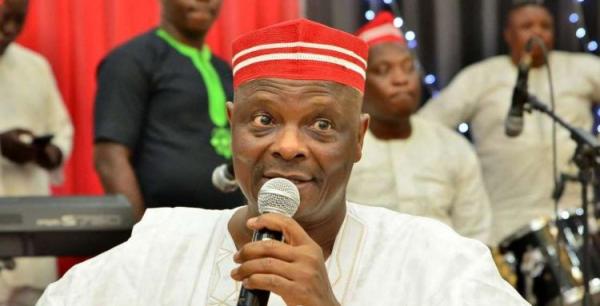 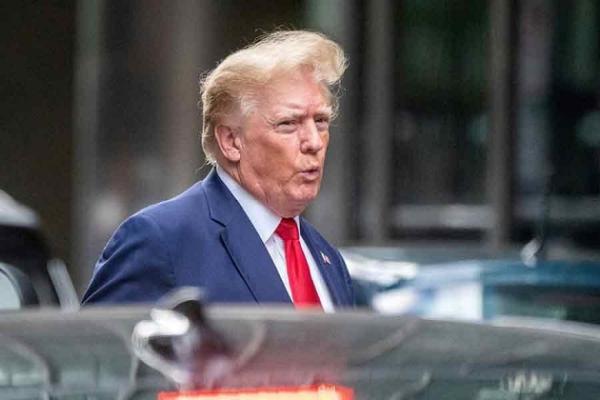