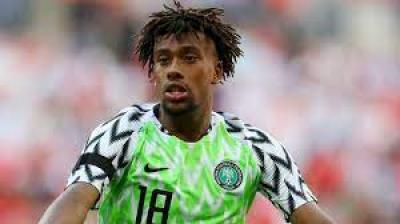 NFF in a tweet Tuesday morning, revealed that iwobi has tested negative after further COVID-19 tests were conducted”.

The Federation, however, failed to disclose if the player will feature in today’s game against Lesotho or not.

He was replaced by Galatasaray’s Henry Onyekuru in the game that ended 1-0 in favour of the Eagles.

The test result also meant that the 24-year-old, who immediately went into isolation, may not feature in the team’s game against Lesotho which will be played at the Teslim Balogun Stadium in Lagos on Tuesday (today).