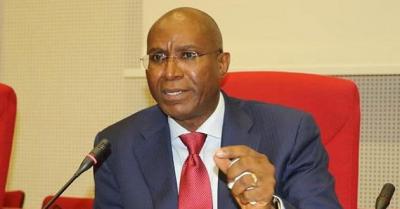 The Deputy Senate President, Senator Ovie Omo-Aege, has cautioned the All Progressives Congress (APC) from committing the same mistake the opposition, Peoples Democratic Party (PDP) committed while in power.

Omo-Agege, while speaking at the APC South-South Town Hall Meeting for Constitution Review in Asaba, said that Nigerians will reject the APC comes 2023 if those in power should fail to deliver.

He stated that “History beacons on our great party. It is the first ever opposition party to unseat an incumbent party in the life of our nation, Nigeria.

“Fellow party men, remember that the PDP had confidently said that it would be in power for 60 years. It took the resolve and determination of a strong-willed nation and its people to upstage that confidence.

“Now there is a lesson that we must bear in our subconscious and which should give centrality to our thoughts and deeds,” he said.

Omo-Agege added “Nigeria has shown that it has come of age in terms of political maturity; politicians and political parties must deliver on their mandates and their promises or face removal, just as it happened in 2015.

“Yet, politicians must be given the enablement to perform. This is why we must provide a working manual (Constitution) that is fully integrative not only of the obligation and responsibilities of party men and women but also of their rights and privileges.”

He added that the party should be guided at all times by a people-oriented constitution.

“Such that as we work, the APC would be so positioned to provide an irresistible appeal to all persons desirous of inclusive and purposeful political participation,” he said.

He charged the Constitution Review Committee, to consider all areas that had been contentious in the exiting party constitution.

“The first, by no order of importance is the need to strengthen the organs of the party with clear cut and non-overlapping duties amongst the organs.

“Another is that of power devolution down the grassroots. Our party today has 12 million Nigerians strong and growing, the review needs to give specific functions to the zonal structures of the party such that power trickles down to the ward levels,” he said.