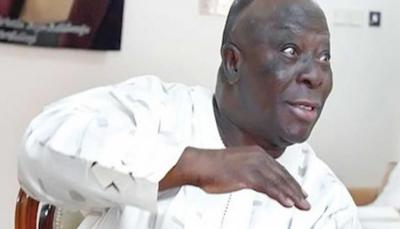 Chief Ayo Adebanjo,an Elder statesman and Afenifere chieftain on Saturday warned South­ern politicians, especially those in the South West not to allow northerners cause division among them on the issue of who becomes President Muhammadu Buhari’s successor in 2023.

Speaking with CEOAFRICA source, Adebanjo who accused thoe northerners of using ‘divide-and-rule’ tac­tics, said while the ruling All Progressives Congress (APC) had been clamouring that the presidency should be zoned to the South in 2023, it had been dangling its presidential ticket among prominent pol­iticians in the region so as to cause confusion among them.

He mentioned former La­gos State governor Asiwaju Bola Tinubu, former pres­ident Goodluck Jonathan, Governor Kayode Fayemi of Ekiti State and Rotimi Amaechi, the Minister of Transportation, as some of the politicians the northern­ers had been trying to pitch against each other to cause division in the region.

“They are not only divid­ing the South-West, they are causing division in the entire South. Now, they are dangling the presidency before former President Goodluck Jona­than. Tomorrow, they will say it is Amaechi or Umahi.

“The strategy is that while the South is quarrel­ing among ourselves, they are going to bring in a northern presidential candidate. We have dealt with their forefa­thers and we know the mis­chief.”

Speaking further, Adeban­jo also faulted the action of President Buhari who invit­ed the Ooni of Ife, Oba Enitan Ogunwusi to Aso Villa on the crisis in Ibarapa, Oyo State while ignoring the Alaafin of Oyo, the paramount ruler of Oyo state where the crisis occurred.

“Look at what happened in Ibarapa in Oyo State where we have a paramount ruler, Alaafin of Oyo. But President Buhari sent for Ooni of Ife who is in Osun State. Is Oyo in Osun? He didn’t send for Alaafin because that one had already written him a letter that should his government fail to arrest the brazen crim­inality and impunity by killer herdsmen, the Yoruba people may resort to self-help.