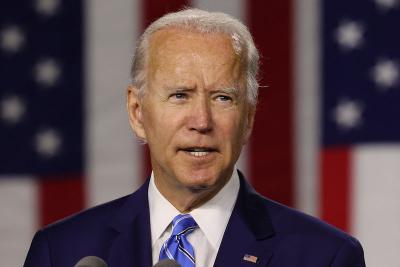 Different Leaders around the world have congratulated the new U.S President Joe Biden and Vice President Kamala Harris as they resumed office on Wednesday, expressing their supports, hope and good relationship with Biden’s government.

German Chancellor Angela Merkel described the swearing-in ceremony of the new president and vice president as “a true celebration of American democracy.”

She said through her spokesman, Steffen Seibert, “I look forward to a new chapter of German-American friendship and cooperation

“Canada and the United States enjoy one of the most unique relationships in the world. So I looked forward to working with the new administration to promote climate action, clean economic growth, inclusion and diversity.”

British Prime Minister Boris Johnson, who had a good relationship with Trump, congratulated Biden “on being sworn in as President of the United States and Harris on her historic inauguration.”

Scottish First Minister Nicola Sturgeon was direct in telling Scotland’s Parliament that Trump would not be missed.

She said “I’m sure many of us across the chamber and across Scotland will be very happy to say cheerio to Donald Trump today.”

In Brussels, top European Union officials welcomed a new era of cooperation with Washington after four years of often being treated like a hostile ally.

Italian Prime Minister Giuseppe Conte tweeted that “this is a great day for democracy, reaching far beyond the American borders.”

Finnish Prime Minister Sanna Marin gave special mention to Harris, saying “my warmest congratulations! I look forward (to) working with you and the new administration,” mentioning the climate, equality, and human rights as areas of focus.

Denmark’s Prime Minister, Mette Frederiksen, said on Facebook that she hoped Biden would become a unifying force ‘after the unrest and division’ seen in American society.

Brazilian President Jair Bolsonaro, who is a friend of Trump, in a letter posted on Twitter congratulated Biden and said that he hoped the two countries, could pursue a free trade deal.

Japanese Prime Minister Yoshihide Suga congratulated Biden and Harris and said he looked forward to “working with you and your team to strengthen our alliance and realise a free and open Indo-Pacific.”

South Korea’s President Moon Jae In had also expressed hope for future strengthening of the two countries’ alliance: “America is back,” Moon wrote in a congratulatory message addressed to Biden on Twitter.

In a separate congratulatory telegram to the U.S. president, Moon wrote that he wished the two could meet directly in the near future to build “friendship and trust.”

Taiwan’s President Tsai Ing-wen tweeted “We wish you and your administration every success. Taiwan stands ready to work with you as a global force for good.”

Israeli Prime Minister Benjamin Netanyahu, who enjoyed a warm relationship with Trump, also voiced optimism, saying “I look forward to working with you to further strengthen the U.S.-Israel alliance, to continue expanding peace between Israel and the Arab world and to confront common challenges, chief among them the threat posed by Iran.”

“We look forward to working together for peace and stability in the region and the world,” Palestinian President Mahmud Abbas said.

He added that he is ready for “a comprehensive and just peace process that would achieve the wishes of the Palestinian people in freedom and independence.”

Venezuelan leader Nicolas Maduro expressed that he wanted to build relations for the future and to improve relationship with mutual respect, urging the U.S. to ‘leave behind the lies, the manipulation and the hatred.’

Iran, a big rival to the US under Trump’s administration had said the country is ready to clear its differences with the U.S. But Washington will decide if it is also ready. President Hassan Rowhani said this on a state television on Wednesday.

Of the 2015 nuclear deal, Rowhani said that if Biden was serious about fulfilling its international obligations towards Iran, Tehran would do likewise.

China has also hoped for collaboration beneficial to both sides,” a spokesperson for the Foreign Ministry in Beijing said, adding that the country would maintain its own interests and would not be defamed by the U.S.