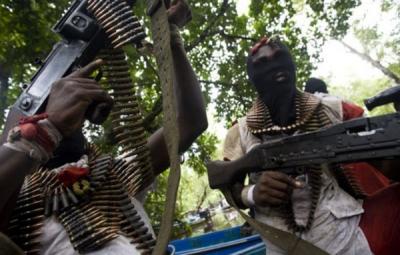 A resident of the area, who simply identified himself as Saleh said the incident happened on Sunday around 9:47:pm when the gunmen with sophisticated weapons invaded the residence of the Reverend father in the area.

According to him, the gunmen scaled through the fence of the victim’s house while others positioned themselves outside, before entering Reverend father’s bedroom whisking him away.

“In fact, the entire community was terrified as a result of sporadic gun shot by the Kidnappers. As nobody was able to come outside because some of the Kidnappers have surrounded the house while others entered the house through the fence, ” he said.

Saleh further added that the Kidnappers shot into the air to scare neighbors as they matched the Reverend father into the bush at gun point.

The spokesperson of the FCT Police Command, ASP Maryam Yusuf, when contacted confirmed the abduction of the Reverend father by Kidnappers in Yangoji, Kwali Area council.

Yusuf, in a statement, said the FCT police command has since launched an operation to rescue the Catholic Church Reverend father while urging members of the public to remain calm, as the command was intensifying effort to liberate the victim unhurt.

According to her, the FCT police commissioner, Bala Ciroma has launched a manhunt to trail and apprehend the suspects.

“While the command is calling on residents of the territory to be security conscious and promptly report all suspicious movements police personnel,” she said.

Notorious kidnapper abducted by another kidnapper; pays N1.5m to get freed...
Read More...

Police arrest man in connection with abduction of 12-year-old girl who was found inside soakaway wit...
Read More...