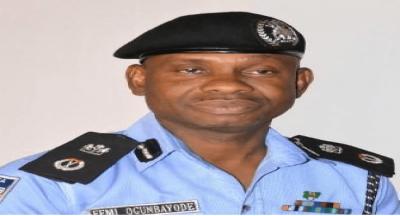 Four persons have been killed and three others injured as Bandits attacked Gidan Goga village in the Maradun Local Government Area of Zamfara State.

The incident was confirmed In a statement by the spokesperson of the police command, Mohammed Shehu, he said, “The Zamfara State Police Command wishes to confirm the killing of four people in an attack by suspected armed bandits at Gidan Goga village of Maradun LGA.

“The attack on the village occurred on Thursday, about 02 pm.

“On receiving the report, Joint Police/ Military units from Kaura Namoda area led by the DPO Kaura and another combined team of Conventional Policemen / 78 Mobile Police Squadron in Maradun led by DPO Maradun responded to the distress call and arrived the village to counter the bandits and to forestall a further attack on the neighbouring villages.

“Bandits fled before the arrival of the joint security operatives.

“Unfortunately, four people were killed by the bandits while three others were injured. Victims are now responding to treatment at the Federal Medical Centre, Gusau.”

According to him, the security personnel have been stationed in the village in order to build the confidence of the community.

He disclosed that the Commissioner of Police, Usman Nagogo, has condoled the family, the government and good people of Zamfara State for the unwarranted killing and promised that the Command will not relent in its effort to ensure the protection of life and property of the citizens.

ASUU strike: I have three children in public schools unlike ASUU members who have most of their chil...
Read More...