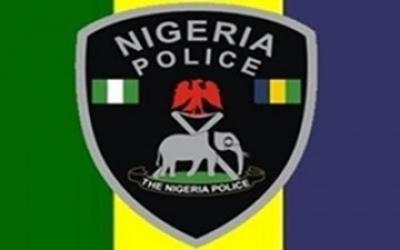 One person has been reportedly killed in Ibadan, the Oyo State capital on Sunday as some youths prevented hoodlums from razing down the Mokola Police Station.

An eyewitness, who spoke on the condition of anonymity, said problem started when some hoodlums swooped on the station with threats to set it on fire.

“However, they were met with resistance as the Mokola youths mobilised themselves and prevented the hoodlums from setting the station ablaze,” the eyewitness said.

He added that a boy was hit by stray bullet.

It was gathered that the youth also prevented the hoodlums from carting away some police uniforms that were kept at the station.

Calm has since been restored to the area with the arrival of men of the Operation Burst.

Although the Police Public Relations Officer, Oyo State Command, Olugbenga Fadeyi, could not be reached as of the time of filing this report, the Director General of Operation Burst, Col. Oladipo Ajibola (retd.), confirmed the incident.

During a programme on radio, he said the situation had been brought under control at Mokola and its environs.

Adding that security had been beefed up at the University College Hospital and other health institutions across the state to prevent vandals’ attack.

Meanwhile, the Public Relations Officer of UCH, Toye Akinrinlola, said that the security beef up in the hospital became necessary following the planned attack on UCH by hoodlums.

The Federal Ministry of Health had alerted all teaching hospitals, federal medical centres, specialist hospitals and other tertiary medical facilities in Nigeria of planned attack by hoodlums.

The UCH indicated that it collaborated with the security agencies in concert with Governor Seyi Makinde of Oyo State to ensure the safety of the hospital.