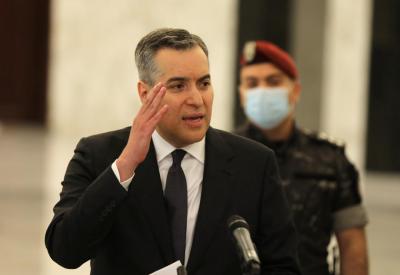 A little-known diplomat tasked with forming a new crisis government to save Lebanon from the brink, Mustapha Adib, has today resigned in less than one month as premier designate.

Adib was named on August 31 to replace Hassan Diab, whose government resigned in the aftermath of the fatal August 4 blast at Beirut’s port. He was Lebanon’s ambassador to Germany since 2013 until his designation.

The 48-year-old  Adib was born in the northern city of Tripoli and is a Sunni Muslim, making him suitable for the Prime Minister’s post under Lebanon’s sectarian-based power-sharing system.

His biography on the Berlin embassy website presents him as an academic who holds a PhD in law and political science stating that he has conducted “research and expert work in the areas of both human and state security, parliamentary oversight of the security sector, decentralisation and local democracy, and electoral laws.”

From 2000 to 2004, he served as an adviser to Najib Mikati, a billionaire former prime minister who backed his nomination.

In 2011, Adib was appointed as his chief of cabinet the then-premier Mikati.

However, opposition groups representing the protest movement that sprang up last year to demand the wholesale removal of a political class seen as corrupt and incompetent had rejected Adib’s nomination before it was even confirmed.

Furthermore, activists on social media were quick to compare Adib to Diab, who had pledged to lead Lebanon’s first government of technocrats when he took office in January but showed inability to break from his political sponsors.

A Facebook page representing Lebanese activists in Germany, told newsmen that Adib was a product of the past and could not embody change, further claiming that Adib himself, who was not a career diplomat when he was appointed to Berlin by a Mikati government, owed his job to the former prime minister and to Lebanon’s sectarian quotas.

U.S. University Professor resigns after saying she has been lying about being black...
Read More...