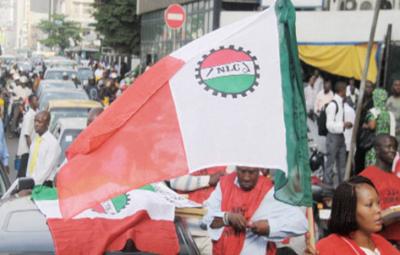 In disobedience to subtle threats from the Federal government, the Nigerian Labour Congress (NLC) and the Trade Union Congress (TUC) are set to commence their planned strike on Monday as they frantically continued with the mobilisation of their members across the country yesterday.

Recall that the unions had given the strike notice to reverse the recent hike in petrol price and the in electricity tariffs.

However, despite some desperate moves on the part of the Federal Government to dissuade them from carrying the industrial action, labour leaders insisted that the strike would commence on Monday.

The meeting between the federal government and representatives of the organised labour on Thursday was postponed till Monday due to failure of both parties to agree. The two unions were expected to consult with their various organs at the weekend in order to review a cocktail of palliatives being tossed at them by the federal government.

However, in its attempt to outsmart the leadership of the organised labour, the Federal Government yesterday obtained a fresh order from the National Industrial Court stopping the NLC and the TUC from embarking on their planned strike.

While speaking with news correspondents yesterday, TUC President, Mr. Quadri Olaleye, said the Monday strike would proceed as planned, explaining that the labour unions cannot call off the strike until the agreement is signed.

“Although government proposed some palliatives to cushion the effect of the hardship, we insisted that they should revert to the old price regimes in the oil and power sectors, while we are looking at the palliatives.

“Definitely, that is the position as at today (yesterday). We cannot call off the strike till the agreement is signed,” Quadri insisted.

His position was in agreement with the Secretary General of NLC, Comrade Emma Ugbaja, who said that there is no going back on Monday strike adding that mobilisation for the Monday’s strike would go on throughout the weekend.