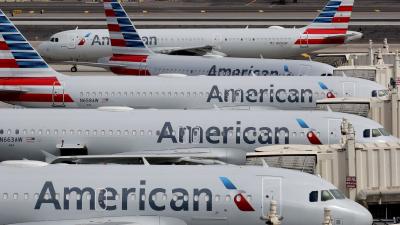 American Airlines will be getting a $5.5 billion loan from the United States Treasury with an aim to get rid of the downturn caused by the corona virus.

The airline, which had said it may lay off as many as 19,000 employees next month without another relief package from Congress, in its message to employees said the financing will “help us shore up our longer-term liquidity until demand returns.”

The loan was authorized as part of the massive CARES Act federal relief package passed in spring season, adding to American’s increasing debt level, which is higher than that of other leading US carriers.

American Treasury Department in a securities filing told the carrier that the loan could be boosted to as much as $7.5 billion, “although such amount is subject to final approval by the Treasury.”

The CARES Act also provided $25 billion in Payroll Support Program (PSP) funds for US carriers, including $5.8 billion to American.

US airlines that took PSP funds committed to not undertaking any involuntary job cuts through the end of September. American has said it could lay off 19,000 workers beginning from October if there is not a new relief package.

Airline CEOs visited the White House on September 17 to lobby for such legislation, but talks in Congress have stalled amid intensifying partisanship ahead of the November presidential election.