Stakeholders who converged at the 2017 World Congress of Families have expressed displeasure at the practice of abortion and the use of contraceptives, while calling on people to gain the courage to speak-up, stand-up against practices that defy family, life and marriage.

This call was made at the recently concluded 2017 African Regional World Congress of Families, a three-day event that witnessed the deliberations of church leaders, government functionaries and civil society groups from different countries on issues affecting marriage, family, children development and sexuality.

The African Representative for Family Health and the Director of FACH, Dr Theresa Okafor who is also the convener of the forum stressed the need to bring back the true meaning and purpose of sex within marriage. She said “The unitive and procreative aspect of sex must not change otherwise it will lead to promiscuity and homosexuality.”

Speaking at the event, Mr Josh Craddock, an English Campaign Manager at CitizenGo explained that cultural imperialism is one of the reasons for the sexual perversions like homosexuality currently practiced in Africa, adding that digital activism is important to resisting cultural imperialism which the Western countries impose on the African Society through the Anti-Life campaigns.

Craddock identified three channels that western countries are using to promote same sex marriage, explaining that these channels are through direct advocacy, financial incentives, and through international institutions.

According to him, “Digital activism is one way to make a difference, and solve many of the problems we are facing with containing the advocacy against family life and marriage. The reason for using this means of mass-communication is due to its ease, reach, and virality. More so, it is able to raise awareness as well as put on pressure on decision makers.

“If these people are receiving thousands of emails from concerned citizens, certainly they’ll be aware to be careful of what they are promoting. Together, all of our voices- those that support the values of family life can make a difference by making complaints that cannot be ignored,” he emphasized.

While giving his own address, Barrister Charles Kanjama stressed the need for the 21st century marriage in Africa to confront internal challenges first, before tackling external challenges by cultural transformation.

He said “Each society has their own cultural challenges facing the existence of family as a result of the ideas and the institutions that exist in our societies. There are many opportunities for engaging the society to push this agenda, in Kenya by developing and promoting family protection and promotion policy. Advocates of strong families and natural families have to be proactive and offensive rather than defensive in achieving what we define as an ideal family.”

The Founder and Chairperson of Relate Africa Organisation for Marriage and Family (RAOMF), Mrs Bridget Itsueli, also advocated for Africans to be intentional, and work assiduously to promote the kind of culture that re-engineers our masculinity from one that subjugate women to one that promotes and supportive men, good family men who protects and nurtures their children and their mothers in a mutually sustainable environment.

According to Itsueli, majority of the problems and challenges facing the family and the children comes as a result of the parenting and housing patterns being adopted. She said “it has been discovered that children that were raised in a room apartment with their parents are more sexually abused because right from a young age they witness every detail of the sexuality of their parents and in turn parents abuse their children unintentionally.”

Itsueli therefore tasked all that were present to come together to act as a group and make use of all the mediums of communication that are at their disposal to fight against anti-life institutions, values, cultures or education. “It is important to caution Nollywood and the Film Censor Boards on the kinds of family value they promote in their plays,” she advised.

Aketch Aimba, who was once a victim of abortion used her personal story of painful past abortions, gave enlightenment about the dangers and pain of abortion, stating that women who have aborted try so hard to seek love, attention and affirmation from whatever relationships they are involved in.

She said “they begin to have post abortion syndrome by subjecting themselves to different coping mechanisms which include, multiple sexual relationships, drugs and alcohol, education, radicalism about pro-life, and being obsessed with life achievements,” adding that abortion does not solve the problem of promiscuity, rather it encourages it.

Salome Irene, who is also a passionate anti-abortionist from Netherlands explained that although she was also conceived in violence and a victim of abortion, she believes that abortion has to be fought against because it comes with a price tag and effects which include low level of fertility.

Expounding on the issue of ‘eggspoitation’, a self-coined term which refers donation of eggs by women, Dr. Nkechi Asogwa, a director in FACH warned young adults to beware of the deception of egg donation to make quick money.

According to Dr. Asogwa, there are side effects to donating ones eggs. “Some of the effects include ovarian hyper-stimulation syndrome, infertility, ruptured intestine, cancer of the breast, ovary, all to the benefit of medical practitioners involved. The effect of this act of donation redefines the family life, parenthood, and also redefines infertility, increases the rate of divorce and aids the blooming surrogacy market.

“Aside these non-ethical solutions to infertility, there are indeed ethical ways of solving fertility problems; some of which include: napro-technology- which is equally available in Nigeria, among other natural methods that work to solve infertility problems,” Asogwa reiterated.

Dr Henrietta Williams in her own address, said that that most of family problems arise because most people especially women lack knowledge and awareness about some of these surmountable family challenges and how to say no to family violence or abuse.

While talking about in vitro-fertilisation, she suggested that naprotechnology and natural family planning are safe ways to tackle infertility problems in the family.

Most Reverend Adewale Martins, Fourth Catholic Archbishop of Lagos, in his keynote address, stated that decisive response is needed to tackle the challenges facing family life which according to him takes place on three levels- personal, social and governmental levels.

He explained that “at the personal level, we must all take on our civil responsibilities and the family on the social level must ensure that the civil rights and duties of individuals are learnt and exercised while the government must ensure that the laws made are in consonance with the natural laws of humanity.”

Reverend Martins therefore called for an urgent need to defend the rights of family and marriage.

Meanwhile, Mr Richard Osekwo and Margaret Ramouaka, who are both parliamentarians in Uganda, highlighted the efforts of the Ugandan parliament to protect life, family and children.

According to Margaret, the parliament has banned Comprehensive Sex Education (CSE), and Divorce and marriage bill. “We must work collaboratively to make sure we retain our culture, our religious obligation and retain what God has made us to do,” emphasized Ramouaka.

Ambassador Uche Ajulu Okeke, Nigerian Ambassador to South-Africa in her perspective argued that the cases of LGBT are as a result of the gap which Christian monogamy has imposed upon our polygamous society.

Michael …, who spoke on homosexuality from the perspective of Population Control said the agenda to promote homosexuality, is directed right at the heart of family to reduce fertility rate and consequently, implement population control agenda.

Engr. Jerry Okwuosa, who spoke on Adolescent sexuality emphasized that it is important for prolife advocates to stand up vehemently against the wrong notions of sexuality.

In reaction to some of the issues that were raised in the course of the conference, some of the participants highlighted some major lessons and new insights in an interview with CEOAfrica’s correspondent.

Jonathan, a participant from Uganda said that as a result of the conference, he has realised the many deceptions that pro-abortion and pro-contraceptive advocates are trying to sell to Africans. “People should stop being deceived and see that the use of contraceptive is a ploy to attack their fertility,” he said.

Bernard, another participant also agreed that the conference was enlightening and what was discussed need to be brought to the people at the grassroots.

Most of the participants and facilitators however, agreed that the recently concluded 2017 African Regional World Congress of Families conference was an enlightening and instructive meeting of great minds. 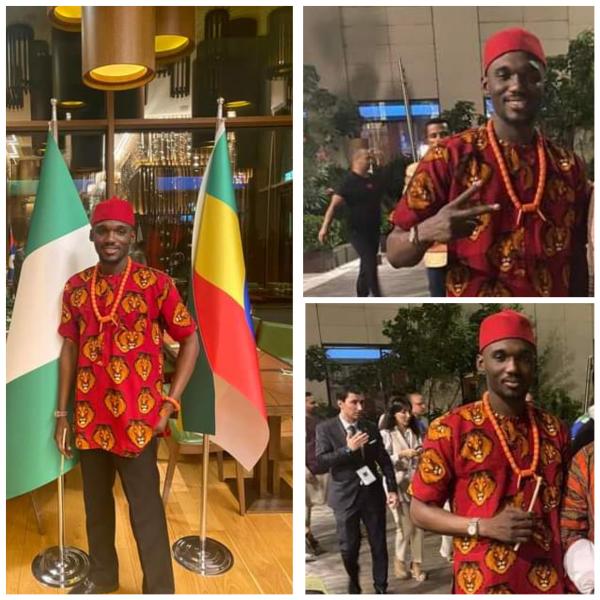