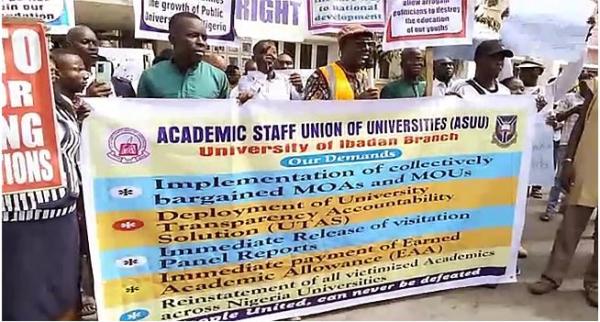 The Academic Staff Union of Universities (ASUU) members, the University of Ibadan (UI) branch on Monday protested what they described as “merciless treatment” of university lecturers by the Federal Government.
The angry lecturers moved within the campus with placards and sang to register their displeasure.
A congress would be held immediately after the rally.
ASUU Chairman, UI Chapter, Prof Ayoola Akinwole, who addressed students and journalists during the rally, said it is a peaceful protest.
He urged the Federal Government to fulfill agreement reached with the unions.
“The present government is one of the most lawless government Nigeria has ever seen. The government that doesn’t obey its own rule, the government that doesn’t obey its own court, a government that is merciless in meting out draconian policies on the working class. Our people say no to all these treatments,” Akinwole said.
In the same vein, a former National Treasurer of ASUU, Prof Ademola Aremu criticized the government over what he described as unfair treatment of lecturers.
ASUU branches had planned a one-day nationwide protest over the payment of half salaries to lecturers by the Federal Government in October.
ASUU member at the University of Lagos (UNILAG), amongst others have protested of late.
ASUU had on October 14, 2022, called off its eight-month strike after the National Industrial Court ordered the lecturers to resume.
The union, however, said the response of the government, especially its ‘pro-rata’ payment of October salaries of academics, portrayed them as casual workers. 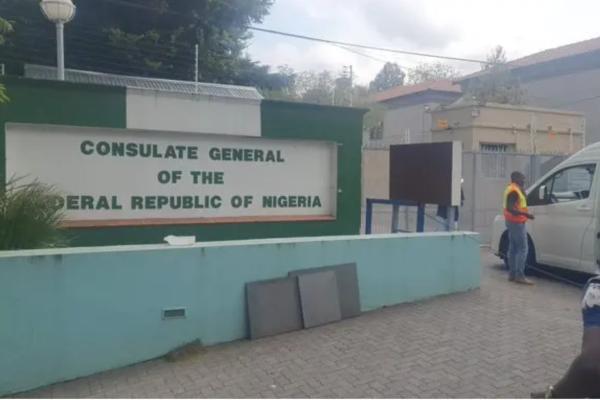