Ohanaeze Ndigbo Worldwide, the apex Igbo socio-cultural organisation, has reacted to the victory of Nnamdi Kanu in court.
The organisation says it received the judgment of the Court of Appeal on Thursday that discharged and acquitted Kanu, the leader of the Indigenous People of Biafra (IPOB), with great excitement, jubilation and relief.
Ohanaeze in a statement issued in reaction to his release, titled: "Nnamdi Kanu-History Vindicates The Just", expressed optimism that whatever he may have lost in persecution will be maximised by the eternal rewards in heroism.
In the statement signed by Ohanaeze’s National Publicity Secretary, Dr Alex Ogbonnia, the Igbo apex body said, "In several drinking parlours, across the country, people of various categories were seen, popping champagne, clinking glasses and dancing, signaling the end of an era in the history of the Igbo and Nigeria."
The Court of Appeal sitting in Abuja, on Thursday, quashed the terrorism charge the Federal Government had preferred against the detained leader of IPOB. It discharged and acquitted him of the seven counts pending against him before the Federal High Court in Abuja.
In a landmark judgement, the appellate court led by Justice Jummai Hanatu, stated that the “Federal Government flagrantly violated the law, when it forcefully rendered Kanu from Kenya to the country for the continuation of his trial; and that such extra-ordinary rendition, without adherence to due process of the law, was a gross violation of all international conventions, protocols and guidelines that Nigeria is signatory to, as well as a breach of the Appellant’s fundamental human rights”.
Reacting to the judgment, Ohanaeze said that the world has watched with keen interest the trial of Nnamdi Kanu and it is therefore self-evident that the judgment is a major boost to the image of Nigeria among the comity of nations. "This is a plus to the Nigerian democracy and a sign that brighter days lie ahead. What occurred today is a sign of bright light at the end of the tunnel," he said.
Ogbonnia noted that Ohanaeze, which is being led by Ambassador George Obiozor, had maintained that Nnamdi Kanu is a phenomenon that expresses the injustice, orchestrated alienation and inequity against the Igbo.
"On the other hand, all the oppressed groups in Nigeria are symbolized in Nnamdi Kanu. Nnamdi Kanu therefore, symbolizes the Igbo collective-unconscious.
"Obiozor has repeatedly reminded the federal government that the incarnation of Mazi Nnamdi Kanu is an ill wind that blows nobody any good," he said.
He said that the fate of Kanu had caused tremendous apprehension including the Monday sit-at-home, its enforcements by unknown gunmen, roadblocks on major roads in all parts of Igbo land and ultimately the monumental loss of goods, especially in the South East of Nigeria. This explains why the landmark judgement by the Appeal Court Justices has reverberated across the country and beyond with jubilation galore.
The statement partly read, "Barrack Obama, the former President of the USA had lamented that the bane of Nigeria and other Third World countries is the lack of strong institutions. He bemoaned the manipulation of the state institutions such as the judiciary, Electoral Management Bodies, etc.
"In an ideal democracy, structures, such as the Electoral Management Body (EMB), in our case the INEC, should stand above the government. In our bizarre democracy, there is no distinction between the EMB and the government because the members of INEC are recruited by the same government. At any rate, this day in history will always be remembered with immense passion.
"Ohanaeze Ndigbo salutes the courage and uprightness of the Court of Appeal justices for this landmark judgement. We want to use this opportunity to commend the indefatigability, steadfastness and commitment of all the legal luminaries that sacrificed their intellect and resources in defence of Mazi Nnamdi Kanu and in the pursuit of justice.
"There are several courageous Nigerians, the social prophets and cosmic agents who spoke out against the incarceration of Kanu. The fourth estate of the realm and the civil society have shown tremendous support throughout the struggle.
"The Diaspora Igbo whose spirit remained indomitable. We salute their courage and solidarity. We are certain that whatever Nnamdi Kanu may have lost in persecution will be maximized by the eternal rewards in heroism.
"Our joy knows no bounds. This is because the South East of Nigeria used to be the most peaceful geopolitical zone in the country. But, since April 2021 when the Owerri Correctional Centre was overwhelmed by unknown gun men and over 1800 prison inmates discharged, the South East has not known peace.
"Today, it is Eureka!  A glorious day; a day of peace re-found; a day of peace profound; a day of rebirth and indeed a day that injects grassroots impetus and momentum to the Igbo renaissance. Above all, it is a remarkable day that clears the coast for the irreversible contagious Nigerian movement for 2023. We are happy that today, history has vindicated the just." 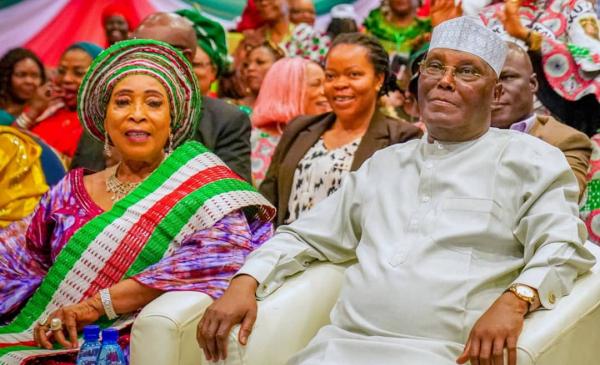