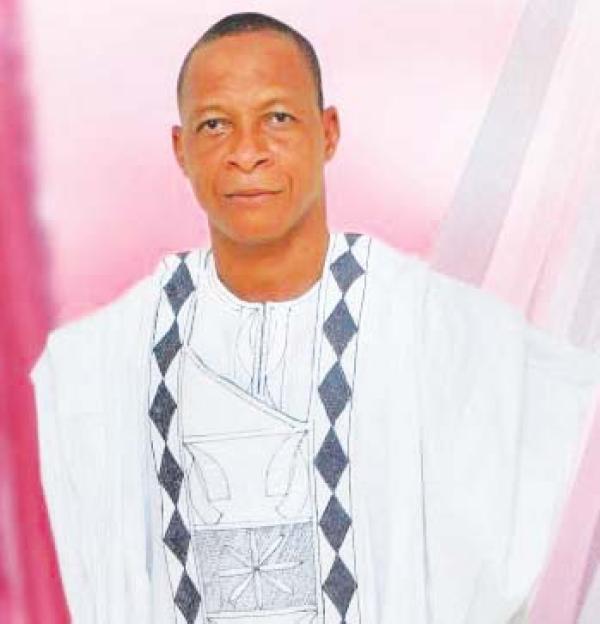 How do you see the increase in the cases of terror attacks and kidnapping in recent time?

The increase in terror attacks is quite worrisome and poses a real threat to nation’s security and development. It is a sign of weak leadership capacity of President Muhammed Buhari, a General, and his APC led Federal Government, whose primary duty is the protection of lives and properties of her citizens against internal and external attacks and aggressions.

Why do you think the security agencies have been unable to flush out the terrorists despite federal government’s promises?

For a Federal Government that has come to be known by its party’s acronym – APC as All Promises Cancelled, by disappointed citizens and opposition parties, I strongly believe this weak leadership at federal level is what dovetailed into the weakness of security agencies.

The inability of security agencies to flush out terrorists are due to myriads of problems but not limited to: Poor intelligence gathering – terrorists are humans and not spirits. They dwell among humans or on lands and not in space or astral world. The inability of the security agencies in exploiting their trainings in intelligence gathering as to be proactive and counter terrorism is one reason why terrorism thrives and becoming a big booming industry.

The second is porous border. Nigeria has nothing less than 45 entering points. These borders are not properly manned by our security agencies. Thus making it easy for terrorists to have a getaway or exit plans after crimes are committed.

Also under staffing, the entire Nigeria Armed Forces is around 200,000 or a little more. And the police in same region of figures, in a population of 200 million, it will be difficult for policing spread at a ratio 1:1000. Our security agency will need much more than human personnel in their ranks to curtail or curb terrorism.

Again, unemployment and Poverty are other factors. Unemployment and poverty in the land, has made it possible for terrorism to thrive. More and more people may find it a more ‘lucrative’ business and easy way of getting money. More so, poverty can make it easy for terrorists to recruits willing hands. They can buy people conscience. This is combined with threat and thus makes it easy for citizens unwilling to divulge information of terrorists to security agencies and government.

There is also the fear of possible complicity. The huge ransom been demanded and paid by governments and privates citizens is something of grave concerns. This obviously will give room to bad eggs, which exist in all works of life security agencies inclusive, to make complicity with terrorists impossible

How do you see the recent announcement by the Chief of Defence Staff that some of the terrorists who attacked the Owo Catholic Church had been arrested?

The announcement was a welcome development in the face of unresolved mysteries of terrorist crimes. However, skeptics still believe that the speed at which these ones where caught might be because they were not of the ‘Fulani’ extractions. Others believe that some poor boys who may be unconnected with the crime may just have been arrested and were paraded to clean the image of the security agencies over its inability to be able to resolve just one case at all, to give citizens hope that something can be done to address this growing cancer of burgeoning terrorism growth

What is your take and current frenzy on the Obi/Datti presidential ticket across the nation?

It is a very welcome development in the politics of our nation. This is because the youths who constitute majority of the voting class, seem to have found a team of aspirants that epitomises their dreams and aspirations as a people or a sector of the populace and they are throwing in everything into it. Peter Obi and his running mate, Datti-Ahmed, are not only appealing to the youth, but also the age bracket of 46-65 years are all in this together.

Something about this frenzied movement is the organic nature it has evolved. It has taken a life of its own, and nothing is stopping it or can stop it. People are volunteering themselves, resources, doing voter education on their own and making labour Party and Peter Obi, a household name.

Would you say that by the popularity of the Obi/Datti ticket, the Labour Party has automatically become the Third Force Nigerians have been yearning for for the emergence of a new nation?

Exactly. Between APC and PDP, what Nigerians have in every election year before now, in view of the throes this nation has been plunged into, was to make a choice between the devil and the deep blue sea, or choosing between jumping from the frying pan to fire. Whichever of the party options is a ‘lesser evil’ or pain, they chose from because it is mandatory for every eligible citizen to fulfil their constitutional obligations. And to us, the lesser evil do win, because that is the party that eventually wins.

However, the Obi/Datti ticket has brought in a new breath of fresh air into the political spectrum and the third force yearning of Nigerians, has galvanised those who have been sitting on the fence and state of inertia to join the fray.

What do you think about the continued stay in office by Iyorchia Ayu as PDP National Chairman and the deepening of the crisis between Gov Nyesom Wike?

It is a very poor judgment on the side of PDP as a party to first give its presidency to the North and still retains the Chairmanship in the North. The zoning permutations of the party’s chairmanship to the North before their primaries was done in the spirit of PDP’s rotational principles enshrined in its own constitution. Thus, it was anticipated that the South will produce the president. Having reneged on its own principles and constitution, the chairman should have honorably resigned, to calm tensed and aggrieved nerves within the party. This obviously is not a good sign of just, fair and equitable balance of powers within the party and Southern members of PDP are seeing this as a winner take all things by their northern counterparts.

When you combine the Iyorchia Ayu’s PDP quagmire with the deepening crises of the party with Gov. Nyesom Wike, you see an implosion within the party that will work for the good of other parties, especially Labour Party. I have never been a card carrying member of any party. In the past, I have voted more for PDP and in some instances voted for the person, not necessarily the party in other parties.

Do you think that a younger presidential candidate will serve the nation better than Bola Tinubu of APC and Atiku of PDP?

Definitely. The health situation that bedevilled Buhari’s and his APC led government and all the shenanigans about the cabal in Aso Rock are sour taste in our young evolving democracy.

It was in this nation, because of Buhari’s health, in transmitting letter to Senate “Coordinator of all Nation’s Affair” which was not constitutional was coined. Age made Buhari to virtually be in a default mode setting of “I am unaware”, this is obviously due to cognitive issues and on “medical tourism” to use his own words.

Atiku seem to spend more of his time in Dubai to keep away the prying eyes of press men about his wellbeing, while Tinubu is a regular visitor to foreign hospitals even recently.

Nigeria right now, cannot afford the cost in any form of the consequences of having men who have passed their prime in age and politics coupled with health or possible ensuing health challenges to be entrusted with the saddle of leadership.

Had any of the major political parties opted for a younger candidate, the rave Peter Obi and Labour Party, is gaining now, may not be this much or it would have created another level of political sensitisation and enthusiasm among the populace.

Would you say that by appointing Gov Samuel Lalong, a Catholic Knight and Festus Keyamo as the Tinubu/Shettima Campaign Head and Spokesperson respectively, the APC has successfully doused the tension created by the adopting the Muslim-Muslim ticket?

The Muslim-Muslim ticket by APC was a very poor political decision. No matter the permutations behind it, it was ill-advised. Especially, a nation where ethno-religious factors are strong, because it undermines the The feelings and interests of half or more of Nigerians population that made up the Christian faith in the nation.

Samuel Lalong and Festus Keyamo choices have not doused anything. Samuel Lalong who flaunted the Pope’s name in his first speech as campaign head and Christian over this matter, as a sort of smoke screen to give the Christian impression of a sort of an endorsement is been pressured to resign for flaunting the person of the pope.

More to that, the Christian community see such positions as crumbs and a ploy to divide the unity of the body and deny them opportunity to be in the thick of things, since those positions are not elective ones and does not guarantee their stakes in government, where key issues affecting their interests are decided if APC is elected to power.

The average Nigeria is politically savvy and informed now and knows what is at stake is not just talking or campaigning for the election day, but about participation in government and governance through policy making and implementation.