Governor Samuel Ortom of Benue State has sent a message of congratulations to the Prelate-elect of the Methodist Church of Nigeria, Archbishop Oliver Abah.

Archbishop Abah of Benue Diocese was elected new prelate of the Methodist Church on Sunday in Abuja after defeating his close contestant, Most Rev. Amos Akindeko of Ogun diocese.

The Governor praised the Church for deploying the tenets of democracy in the election of its leaders and encouraged the church leaders to teach their members how to be positively involved in rebuilding Nigeria now that it has become imperative for the church to play its role, by not only praying for the leaders but actively getting involved.

He also urged the Prelate-elect not to take the trust and confidence reposed in him for granted but always be guided by the love and care for the flock of Jesus Christ for which he is a Shepherd.

He also Most Reverend Abah brings his wealth of knowledge and experience to bear in the discharge of his duties as he prepares his flock for the twin tasks of evangelism and nation-building.

“I have absolute confidence that the new prelate will join hands with other leaders of the Church in the country to use their spiritual understanding in uniting the body of Christ in a manner that will bring peace and unity not only to the body of christ but to the nation”, Ortom stated.

He advised him to be a good ambassador of Benue State and a worthy citizen of Nigeria.

Ortom noted the contributions of the outgoing prelate Archbishop Samuel Kanu Uche to the growth of the Church and urged the prelate-elect to build on the foundation his predecessors have laid.

He wishes the new prelate a successful tenure. 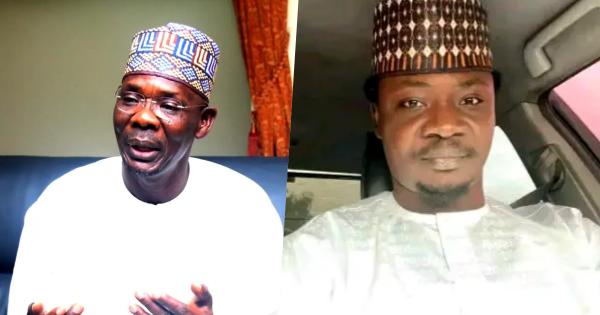