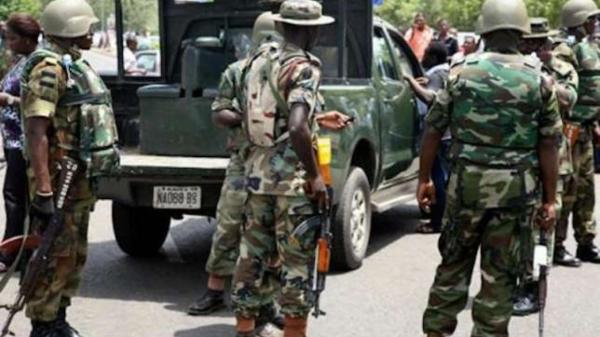 The Defence Headquarters on Monday said troops have eliminated five terrorists and recovered a cache of arms in separate operations in Benue and Katsina states.

The Director, Defence Media Operations, Maj.-General Bernard Onyeuko, said this in a statement in Abuja.

According to him, the raid was conducted based on credible intelligence, adding that the bandits engaged the troops in a fierce battle but were overpowered by the superior firepower of the troops.

He said three bandits were neutralised in the operation while others escaped with gunshot wounds.

According to him, the troops recovered 18 motorcycles used by the bandits to terrorise the general area.

“The military high command commends troops of Operations Whirl Stroke and Hadarin Daji for the feat and encourages the general public to avail troops with more credible and timely information on criminal activities in their areas,’’ he said. Wed, 21 Sep 2022
Obi's Manifesto will be given to Nigerians- Pat Utomi