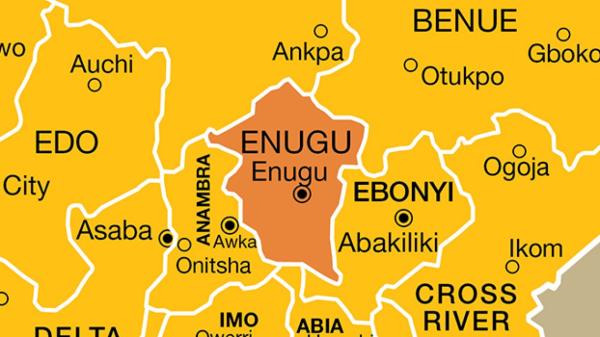 Enugu State youth leader, under the aegis of Concerned Enugu Youths, yesterday, declared that the youth rally at Nsukka in support of the Presidential candidate of Labour Party, Mr. Peter Obi was not to malign Gov Ifeanyi Ugwuanyi of Enugu State who is the most youth-friendly.

The youths made this known after a rally held in Nsukka, Enugu State, in support of the presidential candidate of the Labour Party, Mr. Peter Obi.

The youths told journalists at a press conference addressed by Nbo Samuel Ebube, Edeani M. Edeani, Nwodo Thomas-Moore Obumnene, and Emmanuel Martins Nyia, that the rally in support of Obi was based on his personality and not because of any political party.

According to them, Governor Ugwuanyi enjoys mammoth support from the youth constituency irrespective of political inclination owing to the unprecedented way he had carried them along in the governance of the state.

They commended “the teeming Youth of Enugu State in Nsukka zone, who out of necessity and for their sincerity of purpose, came out in numbers to identify with Peter Obi, the Labour Party presidential candidate.

“It is worthy to note that Mr. Peter Obi has been engaging the youths on the need to be part of a new Nigeria and encouraging them never to give up on our dear country Nigeria while working for better days ahead.

“We want to state categorically that it was Peter Obi’s personality and not about Labour Party that the youths are championing his cause.

“It is pertinent to state openly that Peter Obi has identified with the youths all over the country and that the youths have their fundamental rights to reciprocate same.”

The youths declared that ” The Governor of Enugu State, Ifeanyi Ugwuanyi has identified with the youths of Enugu State and we have reciprocated and will continue to do the same”.

Meanwhile, the presidential candidate of the Labour Party, LP, Mr Peter Obi has denied making any statement about Reno Omokri, a former aide of President Jonathan.

A purported rebuke of one Reno Omokri by Mr. Peter Obi during their meeting in London is being circulated. The statement claimed that the said Reno demanded money to support Obi and that Obi refused.

Rebuking the rumour, the Media Adviser to Obi, Valentine Obienyem in a statement said that Obi did not meet the said Reno in London as the write-up claimed.

“The statement being circulated did not come from Obi neither did he sanction it.

“The Peter Obi Media Office suspects the statement as the usual prank being played by the same people desirous of citing it as a justification for strengthening their unprovoked attack on Obi to present him as an attacker and hide under the assumption of defense and launch a further attack on Obi.