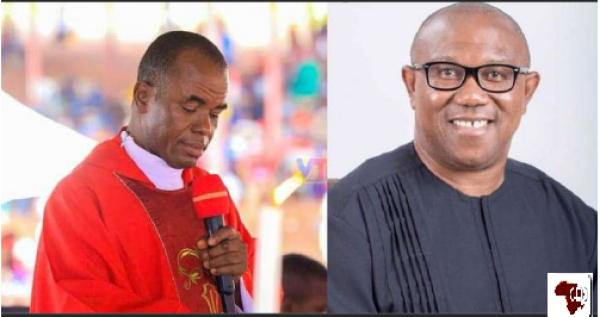 The Catholic diocese of Enugu has dissociated itself from recent comments made by Ejike Mbaka, spiritual director of Adoration Ministries, Enugu, Nigeria (AMEN).
In a trending video, Mbaka, while addressing worshippers described Peter Obi as a “stingy man”.
Obi is the presidential candidate of the Labour Party.
“A stingy man cannot be our president, we are very hungry — we need a generous person, Nigerians are hungry, are we not hungry?” Mbaka had said.
In a statement issued on Thursday by Wilfred Chidi Agubuchie, the Enugu diocese said Mbaka’s comments are a “clear violation” of the provisions of the canon law “which forbids priests from engaging in partisan politics”.
“The Catholic Diocese of Enugu hereby condemns and dissociates herself from such unbecoming and divisive utterances from Fr. Mbaka,” the statement reads.
The diocese said Mbaka’s views on the matter are “entirely personal to him and do not represent the position of the Catholic Diocese of Enugu”.
“In an effort to keep him united to the Body of Christ, we enjoin him to refrain from making further provocative prophecies or utterances capable of heating up the polity,” the diocese said.
“We assure the people of God and the general public that the Catholic Diocese of Enugu is taking the due canonical process.
“Finally, we urge all the People of God to continue to pray for peaceful elections and to discharge their civic responsibilities by getting their Permanent Voter’s Card (PVC) and casting their votes in order to elect the right candidates.” 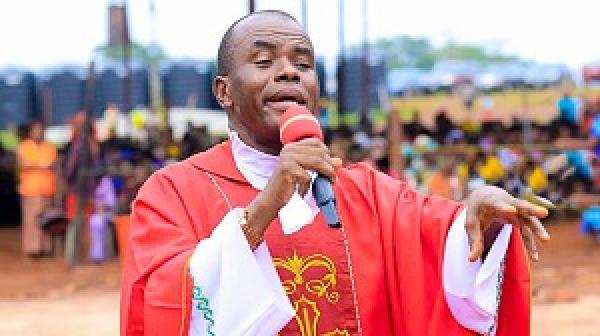 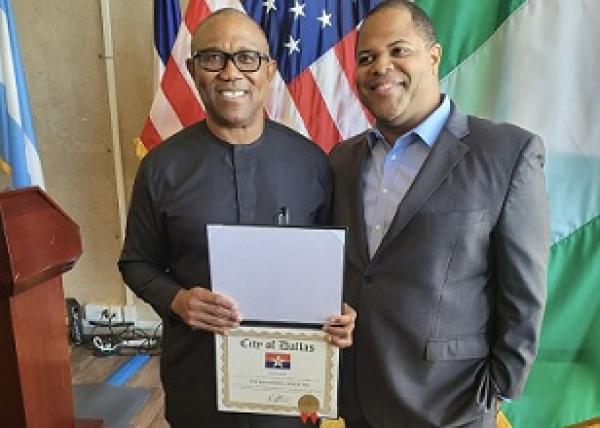