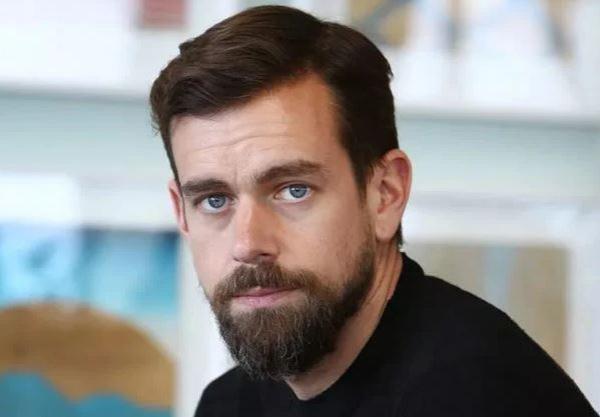 Saturday, 12th June 2021: In what appeared like I cannot do without Nigeria, the Chief Executive Officer of Twitter, Jack Dorsey, on Saturday, tweeted the green-white-green Nigerian flag as the West African country marked its 2021 Democracy Day, notwithstanding the imbroglio between him and the Nigerian government.

Dorsey’s tweet, which was posted hours to the ongoing nationwide protests in Nigeria, has since attracted thousands of retweets.

Many tweeps including known faces such as @HenshawKate and @mrfestusogun have since hailed the co-founder of the micro-blogging platform for showing solidarity with Nigerian citizens amid the struggle for good governance, a better economy and an end to the security challenges plaguing over 200 million people living in Nigeria. 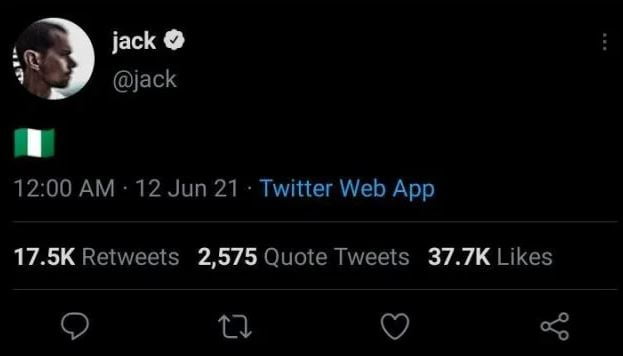 Reacting, lawyer and activist, Ayo Sogunro, tweeted “In 2019, I mocked people who went to meet-and-greet Jack when he visited Nigeria. I’m like that: I hate the way we patronise rich white men in Africa. But if I meet Jack today, I will thank him for not rolling over for the Nigerian government at the expense of the people. #KeepitOn”

The Twitter CEO has not been in the good books of the Nigerian government since last October over an allegation that he was complicit in the promotion of the #EndSARS protests that ended in the destruction of lives and billions of properties in Nigeria.

Last week, the government of President Muhammadu Buhari suspended Twitter, citing the “persistent use of the platform for activities that are capable of undermining Nigeria’s corporate existence”. The Federal Government’s action followed a deletion of a controversial civil war post by the President.

The Buhari government has since come under fire for what many termed as a restriction of the right of expression. The international community including the European Union, the United Kingdom, the United States, Canada, amongst others have since knocked the Buhari regime for the action but the Federal Government has been unyielding in its stance insisting that the sovereignty of the West African nation must be respected by the San Francisco tech giant.

Millions of content creators in Nigeria, who earn their living from the microblogging site, have been affected as they are forbidden from using Twitter. Some of them have since embarked on a journey of diversification while exploring other social media platforms.

Nigeria, with over 200 million people, had about 33 million active social media users as of January 2021. WhatsApp is the most popular platform used in the country, with over 90 million users according to Statista.