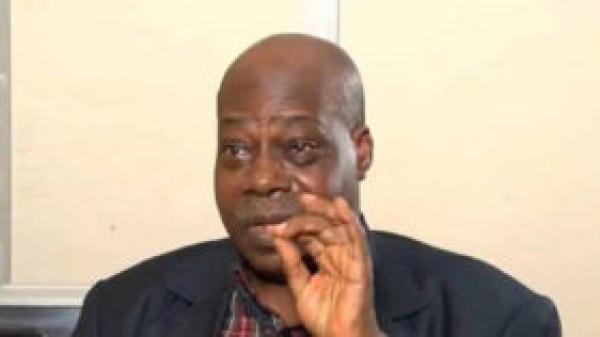 This is because Twitter is one of the most widely used micro-blogging platforms used by Nigerians to communicate with friends, loved ones and business associates. Many Nigerians use it very profitably in enhancing their businesses. So for them the ban is a blow on their pocket book.

For others it is a blow against free speech, a freedom that many people around the world have taken almost for granted since the arrival of the internet. For Nigerians who have been under the boots of military governments for years, free speech is a much cherished freedom now.

Early last week Buhari had made an angry statement about the criminals who are destroying government assets, killing security personnel and threatening secession thus: “Many of those misbehaving today are too young to be aware of the destruction and loss of lives that occurred during the Nigerian Civil war.

Those of us in the fields for 30 months, who went through the war, will treat them in the language they understand.” This war metaphor seems to be the culprit because it gives the impression that the President is threatening to deal with his citizens in a non-war situation with the genocidal tactics of a war commander.

That extreme statement could have been made less extreme with the same effect achieved. Even when Nigerian citizens behave like ruffians and hoodlums the President, despite provocations, must remain presidential in his words so as to set a good example in the area of propriety. When Twitter read these words it deleted President’s tweets from its platform. The presidency in retaliation suspended twitter’s operation in Nigeria.

Let me state clearly that I think Twitter was wrong for indulging Nnamdi Kanu and permitting him to send out those incendiary messages on its platform without taking any restraining action. Twitter only deleted Kanu’s tweets after its suspension by the government.

However, I think the government was too hasty in reaching for the guillotine. Instead it could have raised its concerns about words that can ignite tensions that are freely ventilated by extremists and secessionists such as Nnamdi Kanu.

Any incitement to or threat of using violence by anybody whether by a ruler or the ruled is in my book objection- able, very, very objectionable. And if all these extreme statements are coming at a time that Nigeria has been turned into a daily killing field then we all need to be very, very careful so that we do not push Nigeria over the cliff.

In the last few years, several persons threatened to form their own republics outside of Nigeria.

So far there have been two still-born Republics, namely: Biafra and Oduduwa, in the South East and South West respectively. The known names of leaders of Biafra are Nnmadi Kanu and, recently, Asari Dokubo.

For the Oduduwa republic, the proponents are Sunday Adeyemo aka Sunday Igboho and Gani Adams, Are Ona Kankafo of Yorubaland.

Secession is not a joke. I don’t know if they know that. If they don’t, they should ask Emeka Odumegwu Ojukwu if they can reach him. If they can’t they should talk to those of us who went through the horror of those 30 harrowing months.

What these extremists are banking on is the fact that since Buhari, by his rigidity, partiality and non-recognition of diversity in his appointments specifically and administration generally has reduced Nigeria to a sectional fiefdom, many Nigerians who are suffering from these afflictions are ready for secession. This is not true.

Many Nigerians do not necessarily want to go away. They want to remain in a Nigeria that is fair and just, to all persons living in it irrespective of sex, tribe, religion or region.

Many Nigerians are angry that they are not having that colour of country but they want to continue to fight for it.

The rebels are mistaking the displeasure of many Nigerians as evidence that they want out. That is why the rebels are resorting to the use of extreme words. Extreme words spoken to followers lead to extreme actions.

That is what happened at Capitol Hill in Washington on January 6 this year after President Donald Trump started running his mouth after losing the election. We live in a different world today with the internet at most people’s finger tips. Practically every educated person has become an information provider, factual or non-factual information.

That is what has come to be called Citizen Journalism. But these people are not trained to tame their tongues for the benefit of the smooth-functioning of society. They just know that they have the ability to punch their devices and send the message out. They forget that words can cut like a knife. And for a society as fragile as Nigeria, it is a double jeopardy.

As far as I know none of the persons masquerading today as leaders of some phantom republics has contested election since 1999 for the presidency of Nigeria. Which means that none of them considered themselves as leaders who wanted to head the country. Their exertions now have been facilitated by Buhari’s failure to treat all sections of Nigeria equally, fairly, inclusively.

At the ongoing constitution review hearings what people are talking about is restructuring Nigeria into a nation-state that is fair to all, not just to some. If Buhari had spoken sternly to Miyetti Allah and the killer herdsmen who have been destroying people’s farmlands, raping people’s wives and children and killing them too, they would have retreated and we would probably not have arrived at this place of sorrow where we are now.

I have made the point several times that all criminal suspects must be treated as such but the discriminatory and preferential treatment given to criminals of different hues by the security agencies is partly what has made insecurity difficult to tame.

Twitter is not Nigeria’s problem; Nigeria’s problem is poor governance which manifests itself in discriminatory practices and in the failure to tackle sensibly Nigeria’s existential problems such as insecurity, poverty and diversity.

If those who run Nigeria decide to pay an undivided attention to tackling these problems with sincerity, fairness and patriotism then we will be on the way to overcoming them. Banning Twitter will harm Nigeria more than it will help it. Young Nigerians who use twitter will remain unhappy but they will find other ways of communicating since Nigeria cannot even block all communication channels on the internet.

Banning twitter gives Nigeria a bad image, the image of despotism especially when you consider what the NBC and the National Assembly have been doing over the years to curb free speech. It also tells investors that Nigeria is a country that may not welcome investors who are open-minded and who would like to run their businesses based on policy stability, best practices and transparency.

Policy inconsistency has always been a major hindrance to doing business in Nigeria. Now the UK, US, EU, Canada and other countries have raised their eyebrows on the twitter ban. Will that affect their perception of Nigeria negatively? Yes, it will. I hope the government will be wise enough to review it.

Ray Ekpu is a seasoned Nigerian journalist of over fifty years, a co-founder of Newswatch magazine.

Note Please: Opinion expressed here is that of the writer and not in any way represents CEOAFRICA views or editorial policy.