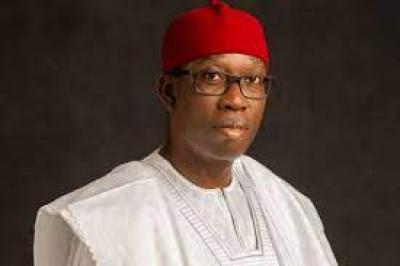 Tuesday, 25 May 2021: Governor Ifeanyi Okowa of Delta State has reacted to the statement by the Presidency which faulted the ban on open grazing issued by governors of the southern region.

The Presidency had described the ban and other resolutions reached by the governors as “acts of politicking intended by its signatories to demonstrate power.”

The Presidency’s position is contained in a statement titled, ‘President Buhari okays deep rooted solutions to herdsmen attacks, clears way for ranching and revival of forest reserves,’ signed by the Senior Special Assistant to the President on Media and Publicity, Garba Shehu.

Reacting to the statement, Okowa who is the Chairman of the South-South Governors’ Forum faulted the Presidency.

Speaking through his Chief Press Secretary, Mr. Olisa Ifeajika, he said nothing was wrong in the southern governors demonstrating their executive power.

He stated, “They said act of politicking and so what? If they want to call it politics, it is nothing to us.”