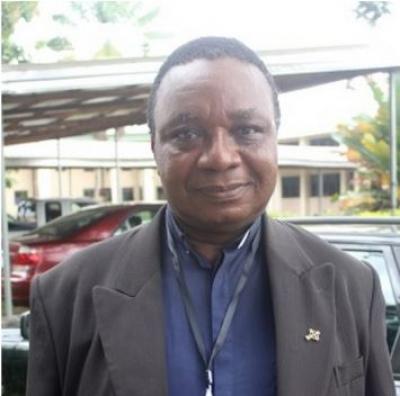 IMO- Monday, 12th April 2021: The Imo Catholic Priest, Reverend Father Izu Marcel Onyeocha, who was abducted by some gunmen, has been freed.

The Owerri provincial secretary of Claretian Missionaries, Rev. Fr. Matthew Iwuagwu, disclosed that the priest, who is also a Professor of Philosophy at Imo State University, Owerri, was released on Monday morning.

Fr. Iwuagwu further revealed that Onyeocha was dropped off at the Ihube Community in Okigwe council area of the state.

He said the kidnappers apparently became frustrated that no one was willing to pay ransom for the release of the priest and quickly released him.

The victim was said to have trekked to St. Mary’s Catholic Cathedral, Okigwe, from where he returned back to his base.

Iwuagwu’s statement read, “With grateful hearts we wish to thank the Almighty God for the release of Fr. Izu Marcel Onyeocha from the den of the kidnappers.

“The Provincial Superior has spoken with him. He is in a stable condition.

“We wish to thank the Priests at St Mary Cathedral Okigwe for their care and hospitality.

“We also thank the security operatives for their assistance.

“We appreciate everyone who stormed heaven with prayers. God is ever faithful and He answered us”.

Recall that CEOAFRICA reported that Onyeocha was kidnapped on Saturday night at Ihube Community in Okigwe Local Government Area of Imo State along Enugu-Port Harcourt Express Road, while travelling from Enugu to Owerri.