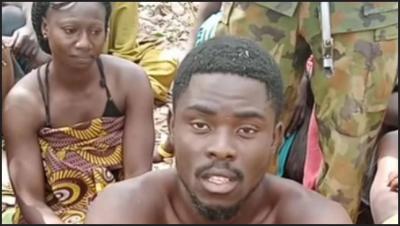 Nigeria-Friday 9 April,2021: According to report, five more students abducted from the Federal College of Forestry Mechanisation, Afaka, Kaduna state have regained their freedom.

Aruwan said “Confirmed,” in a terse text message upon enquiry about news of the release of the students.

A parent, who also confirmed the release of the five students, said they were picked up by the police somewhere in Giwa LGA.

The development comes hours after the Kaduna government handed over five students earlier released by the bandits to their parents.

While handing over the students to their parents, Aruwan said they have undergone medical examinations which showed them to be in good health.

The commissioner said the state government will continue to work towards the safe return of the remaining students in captivity.

“The Kaduna state government shares deeply in the pain and distress experienced by the parents and families of all the hostages in this difficult time,” he had said.

“As such, the government will continue to work towards the safe return of the students in captivity.”

In March, bandits attacked the college located in Igabi LGA and abducted the students, but 172 of them were rescued, leaving 39 in captivity.

So far, 10 students have been freed, leaving 29 still in captivity.