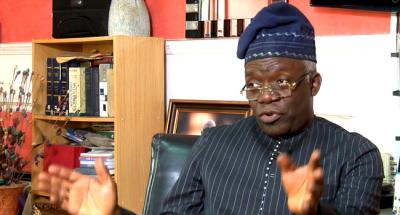 According to him, the nation has lots of issues facing her which must be addressed urgently instead of seeking to arrest Igboho.

The human rights lawyer who made this known in a statement on Sunday said instead of asking the police to arrest Igboho and possibly detain him, the Federal Government should take urgent steps to address the allegations of lopsided appointments and violent attacks on farmers by armed herders.

He said as a matter of urgency, the Buhari administration should confront the worsening insecurity in the country.

Falana said the war on counter-insurgency should be extended to armed herders and bandits.

Falana stated that at the same time, the crises of youth unemployment and mass poverty should be addressed without any further delay.

He added that the Federal and state governments should implement pro-people’s programmes to discourage Nigerians from campaigning for the balkanisation of the country.

“This is not 1967” – Fani-Kayode warns Miyetti Allah for threatening Igbos...
Read More...