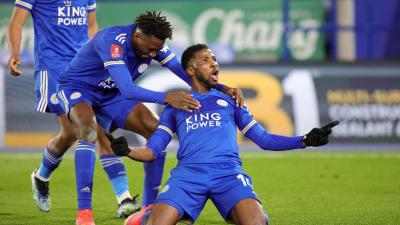 At least 4,000 fans have been granted the opportunity to attend the FA Cup semi-final between Leicester City and Southampton, United Kingdom Government said.

According to Daily Mail, the march was selected by the government as the first football test event for the return of spectators.

Leicester City and Southampton will face each other on April 18 in one of the FA Cup semi-finals. The other one will be played between Manchester City and Chelsea.

However, fans of both Southampton and Leicester City will not be part of the 4,000 spectators to attend the game. Instead, the tickets will be given to local residents of Brent as well as health service workers.

According to the report, the move by the government is to gain information on how to keep large crowds safe amid COVID-19.

Larger crowds will attend matches at this summer European Championships should the event and others similar to it, pass off without a major incident.

Other events that the government is expected to allow a number of fans include the Carabao Cup final between Manchester City and Tottenham, as well as the World Snooker Championships at the Crucible in Sheffield, which begins on April 17.

Fans had gradually started attending matches before the second wave of the pandemic began across the country, prompting a dramatic U-turn and shift in policy.