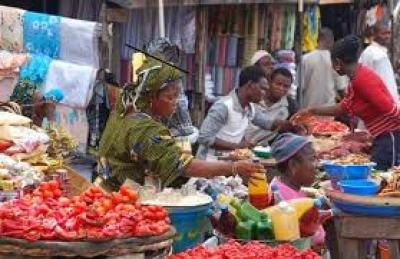 Anambra state government has warned market leaders against holding political rallies and campaigns in various market across the state.

The warning was given by the state Commissioner for Trade and Commerce, Chief Uchenna Okafor.

Okafor emphasised that the stance of the state government was that market environment should never be used for political rallies or campaigns and should not be allowed into markets to avoid causing confusion in the markets.

He gave the warning during a meeting with all stakeholders and market leaders held at the office of the Head Of Service (HOS) Conference Hall, State Secretariat, Awka also alerted all market leaders to be vigilant due to the security challenges facing the state in recent times.

He said: “There are diverse political interests in the markets, and some politicians will want to take advantage of traders and their markets.

“They should not be allowed into markets to avoid causing confusion in the markets.’’

“If such happens in a market environment, casualties will be so much.The weapons carted away by unknown gunmen who perpetrated the crimes may be used to commit other crimes.

“Anambra State has been the most peaceful and safest state in Nigeria, but when security agents that have given us that success are attacked and dislodged, we are in danger,’’ he said.

He however called on market executive committees to sensitise all traders in their markets to be security conscious; to monitor movements in and around their markets and report any suspicious movements to the police.

He called on markets without water boreholes, fire hydrants and good access roads to forward their requests to the government.

On the fire incidents in markets, the commissioner said that the government would want to spend more money on prevention of fire outbreaks than in compensating victims.

He stated that the government had set up a committee to look into the fire outbreak at the Nnewi Timber Market.

Okafor however introduced officers from the Anambra State Internal Revenue Service (AIRS) representing the three market zones in the state to the market executive, soliciting assistance to enable them to collect the Traders’ Levy.

Responding, the President of Anambra State Market Amalgamated Traders Association (ASMATA)  Chief Ikechukwu Ekwegbalu cautioned all market executive members to provide fire extinguishers in their various markets as previously agreed, before asking for other fire fighting equipment such as water hydrants and fire trucks in the markets.