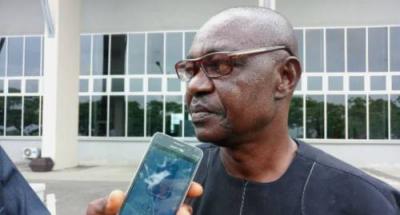 The Nigerian Police Force, Cross River State Command has threatened to deal ruthlessly with the organized labour if they embark on its planned protest over the kidnap of their Chairman, Comrade Ben Ukpekpi.

This was disclosed in a press statement, titled “PLANNED PROTEST BY THE NIGERIA LABOUR CONGRESS (NLC), CROSS RIVER STATE CHAPTER”, which was released by DSP Irene Ugbo, Police Public Relations Officer (PPRO) of the command.

In the release, the command said it is aware of the ‘unscrupulous plans,’ and will not tolerate any distraction by anyone.

The press statement reads thus: “Cross River State Police Command is aware of the unscrupulous plans by unguarded individuals to ignite the state’s fragile secured environment on the pretext of an arranged kidnap of the State NLC Chairman.

“The command while working earnestly to rescue the victim will not tolerate any distraction by these people who are likely to be fingered in committing this act to set the State ablaze to cover up their track.

“Any gathering based on this incident will not be taken lightly and there will be total clampdown on the organizers. All good citizens are warned to go about their lawful businesses while we do all it takes to rescue the victim unhurt please,” the police added.