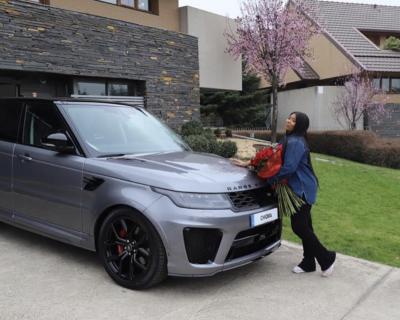 The Nigerian professional footballer who plays as a defender for Leganés in the Segunda División, customized his wife’s name; “Chioma” on the car plate.

A username identified Nikkyu on Instagram shared a video and photo of the new car, as she celebrates with Chioma whom she called her friend.

She wrote, “Something just happened right now my sister has joined the Range Rover gang 💃💃💃 congratulations @oma_omeruo thanks so much for this beautiful gift @omeruo better husband.”