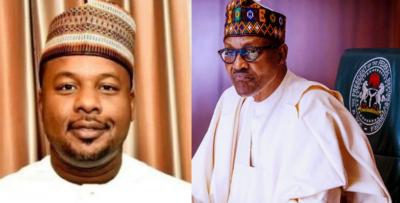 The arrest and sudden sack of Salihu Tanko Yakasai, popularly known Dawisu, have got Nigerians talking on the social media.

He tweeted “Clearly, we as APC government, at all levels, have failed Nigerians in the number 1 duty we were elected to do which is to secure lives & properties. Not a single day goes by without some sort of insecurity in this land. This is a shame! Deal with terrorists decisively or resign.”

Hours after the tweet, it was reported that Dawusi had been arrested by the operatives of the Department of State Services (DSS) Friday evening.

On Saturday, it was disclosed by Kano state commissioner for Information, Muhammad Garba, that Ganduje has asked his aide, Dawusi over comment the government described ‘unguarded utterances.”

Garba wrote “Yakasai was sacked over his continued unguarded comments and utterances which are deemed contrary to the stand of the All Progressive Congress government which he is serving.

“The aide had failed to differentiate between personal opinion and official stand on matters of public concern and therefore cannot be allowed to continue to serve in a government he does not believe.”

These actions of arrest by the DSS and dismissal from service by Kano state government have got Nigerians wondered if Nigeria is still governed by a democratic leader that gives room for freedom of expressions or a dictator that does not want citizens’ voice be heard.

Umahi reacts to killing of 15 persons by suspected herdsmen in Ebonyi community, traces of the spons...
Read More...

CAN has failed to learn from History. We will see who blinks first - MURIC reacts to hijab crisis in...
Read More...