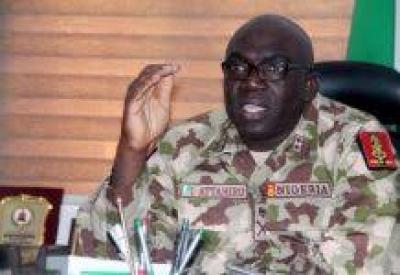 Gen Attahiru is scheduled to hold briefing with the Theatre Commander, Operation Lafiya Dole and other unit commanders of the counter-insurgency offensive in Borno.

His visit came hours after Boko Haram raided Borno central towns of Marte and Dikwa, described by many in Borno as a setback to the fight to end insurgency in the northeast.

Sources said the insurgents pushed back military forces and took over Marte. On Friday night, some Boko Haram in about 20 gun trucks attacked Dikwa, some 67=kilometres to Maiduguri. Troops fought the insurgents for about an hour before the arrival of the fighter jet

Scores of the insurgents’ were neutralized in the air offensive, source said.