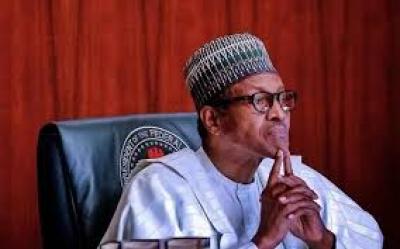 Mr. Stanley Okafor, a lawyer, has blamed President Muhammadu Buhari for the continuous attacks of herdsmen in many part of the country.

Stanley Okafor, during his lecture at the Ibrahim Badamosi Babangida Annual Lecture Series, in Awka, described the silence of the President as “dangerous,” adding that the President, by his actions and inactions, had promoted avoidable catastrophic consequences.

He also blamed the President for allegedly mishandling the issue of the Indigenous People of Biafra (IPOB) and its leader, Mazi Nnamdi Kanu.

He said “The controversial escalation of activities of killer herdsmen in parts of the country has promoted the growing conviction of many people in the Southern part of the country that the president’s silence is more than meets the eye.

“While it remains doubtful that government has voluntarily restrained from taking decisive actions to flush out criminal herdsmen who perpetrate violence across the land, many wonder why, for instance, no judicial and executive action has been taken to proscribe groups such as Boko Haram and criminal herdsmen and such other groups who openly unleash violence across the country, more so as these groups continue to attract membership from disgruntled members of the public.

“The ban on IPOB has been viewed by many as a rush within the spectacle of our surrounding tension.

“Scholars and observers have also noted that the continuing corruption by public office holders and politicians have increased the tempo of insecurity in the land.”

According to him, the agitation for self determination by the Indigenous People of Biafra, IPOB and its leader Nnamdi Kanu appeared to have stemmed from the untactful resort to unguided confrontation and even brutality by the Federal Government of Nigeria, adding that this had heightened insecurity in the country in the last five years.

Okafor who described the methods of quelling peace protest in the country as crude and bestial, said “In more civilized climes, logistics noted for dispersal of rioting crowds would have been used to contain the mad crowd which hijacked the protests, including water cannons and rubber coated bullets. How live bullets and other methods of cruelty were used on these youths remain  a serious  point for reflection.

“We renew our call on government to pursue a process of peace and negotiation with IPOB and other ethnic organizations, especially within the current scope of herder/host community crises across the country”, he stated.