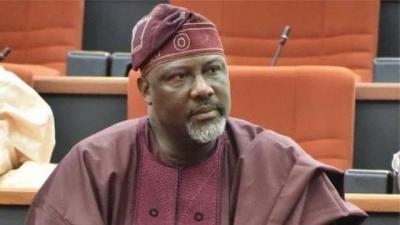 An ex-Senator, Dino Melaye has warned the Federal Government to treat the issue of agitation in Southwest over Fulani herdsmen invasion with caution to avert crisis.

There have been agitations in Southwest over incessant killings by herdsmen in the Southwest, with some people calling on them to leave.

Governor Rotimi Akeredolu had issued ultimatum to killer herdsmen in Ondo Reserved Forest to quit immediately, but the Federal Government countered him.

There is anger in Southwest right now over Fulani herdsmen menace.

Reacting, Melaye urged the Federal Government to treat the issue with caution.

He said it was not the time for the Federal Government to show bravado or strength.

According to him, a wrong move might end Nigeria, saying that the government is not popular enough to fight now.

“Federal Government must treat the issue of the South West with utmost caution. It is not a time to how bravado or strength.

“A wrong move may end Nigeria. This Government is not popular enough to fight now,” he said.