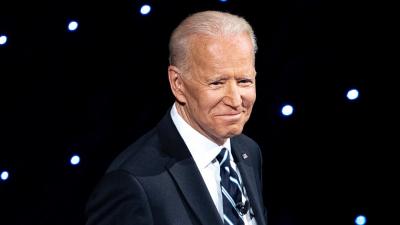 President-elect of the United State, Joe Biden, has appointed a 26-year old Nigerian-American, Funmi Olorunnipa Badejo as a White House counsel and other two Nigerian-American, Adewale Adeyemo and Osaremen Okolo, as deputy secretary of the treasury department and a member of Biden’s COVID-19 response team respectively.

This is made known in a statement released on the Biden-Harris transition website.

“These experienced and accomplished individuals have a wide range of knowledge from various fields and will be ready to get to work on day one.”

The statement added that “Badejo has served as a counsel for policy to the assistant attorney general in the Civil Division of the U.S. Department of Justice, Ethics Counsel at the White House Counsel’s Office and Attorney Advisor at the Administrative Conference of the United States during the Obama-Biden administration.

“She began her legal career as an associate with the law firm of Manatt, Phelps & Phillips, LLP and was Legal Counsel at Palantir Technologies Inc.

“Originally from Florida, Olorunnipa Badejo lives in Washington D.C. with her husband and son.”

Be a professional video editor, photographer, others...
Read More...