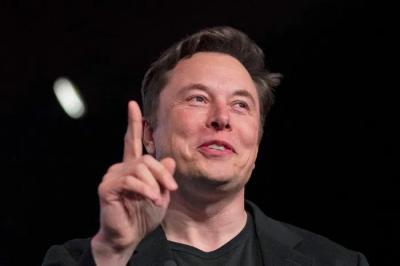 Elon Musk, the outspoken entrepreneur behind Tesla Inc. and SpaceX, is now the richest person on the planet.

A 4.8% rally in the electric carmaker’s share price Thursday, January 7, 2020 boosted Musk past Amazon.com Inc. founder Jeff Bezos on the Bloomberg Billionaires Index, a ranking of the world’s 500 wealthiest people.

The South Africa-born engineer’s net worth was $188.5 billion at 10:15 a.m. in New York, $1.5 billion more than Bezos, who has held the top spot since October 2017. As chief executive officer of Space Exploration Technologies Corp., or SpaceX, Musk is also a rival to Bezos, owner of Blue Origin LLC, in the private space race.

The milestone caps an extraordinary 12 months for Musk. Over the past year his net worth soared by more than $150 billion in possibly the fastest bout of wealth creation in history. Fueling his rise was an unprecedented rally in Tesla’s share price, which surged 743% last year on the back of consistent profits, inclusion in the S&P 500 Index and enthusiasm from Wall Street and retail investors alike.

The jump in Tesla’s stock price further inflates a valuation light-years apart from other automakers on numerous metrics. Tesla produced just over half-a-million cars last year, a fraction of the output of Ford Motor Co. and General Motors Co. The company is poised for further near-term gains as Democrats captured both Georgia Senate seats and handed control of Congress to the party that’s advocated for quicker adoption of electric vehicles.

Financial Times comments, “According to data we just pulled from S&P Global, that is exactly double what Tesla has made in aggregate revenues since Elon Musk took delivery of the first Roadster back in 2008.

It’s often said that democracies get the leaders they deserve, but in this case, investors have got the market they deserve.

And its divine leader is our Elon. All hail the king of efficient markets.”

Ghanaian parliamentarians exchange blows over who takes the majority side (videos)...
Read More...